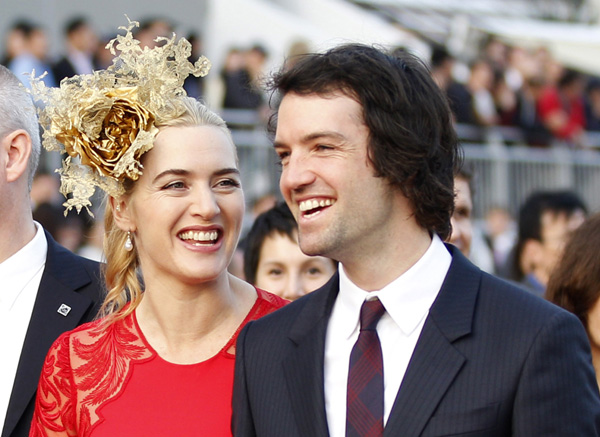 Lawyers for Ned RocknRoll, 34, who married the “Titanic” star last month, argued there was no public interest in The Sun publishing the pictures, that it would be a breach of his privacy and it could lead to Winslet’s children being bullied.

According to the Press Association, the judge at London’s High Court ruled in favor of RocknRoll and ordered The Sun not to publish the pictures pending any trial, adding that he would give the reasons for his decision at a later date.

“We have stopped The Sun from publishing semi-naked photos of Ned taken by a friend at a private 21st birthday party a few years ago,” the couple said in a statement. “The photos are innocent but embarrassing and there is no reason to splash them across a newspaper. We recognize that in the Internet age privacy is harder and harder to maintain. But we will continue to do what we can, particularly to protect Kate’s children from the results of media intrusion.”

Winslet, who has been nominated for six Academy Awards including the best actress she won for “The Reader,” has a son and a daughter and has been married twice before.

She wed RocknRoll, who changed his name from Abel Smith, in New York in a small, private ceremony that took even family members by surprise. RocknRoll is a nephew of airline tycoon Richard Branson. Reuters