Electricity prices going up 4% as of Monday

Electricity prices going up 4% as of Monday 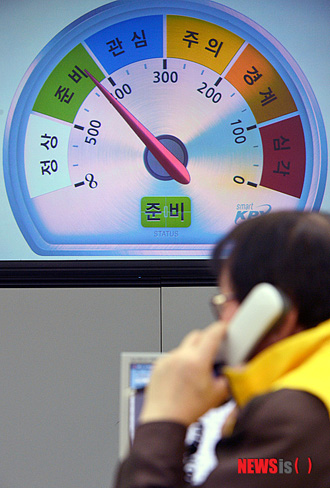 The government has decided to raise electricity bills an average of 4 percent starting Monday in fear of a major energy shortage as power demand continues to surge during an unusually cold winter.

“Considering the tight electricity supply in the winter months, we have decided to raise the prices by the minimum essential rate,” the Ministry of Knowledge Economy said in a statement released yesterday.

Electricity rates for small and medium businesses will go up 3.5 percent and for agricultural use the hike will be 3 percent.

The government expects higher payments to help the country avoid power shortages or even blackouts as demand rises and the level of electricity reserve falls. The ministry estimated that electricity demand will fall by around 750,000 kilowatts during peak hours between 11 a.m. and noon and 5 p.m. and 7 p.m. as a result of higher bills.

The state-run Korea Electric Power Corporation (Kepco) has wanted the government to raise the electricity bill because the company has suffered chronic losses since 2008. Between 2008 and 2011, Kepco saw 8 trillion won ($7.5 billion) in losses.

Kepco argued the only way to prevent a nationwide blackout like one in 2011 was higher rates.

Until now the government has been skittish about raising electricity rates because it wanted to keep inflation between 2 and 4 percent. The government also argued that raising rates would hurt manufacturers that consume large amounts of energy like automakers and steel companies.

In addition, legislative elections were held last April and a presidential election was held last month.

It said chronic power shortages result from abusing the state-run power company to serve political goals rather than allowing it to become efficient.

The KDI report argued that under the current system, Kepco monopolizes the trading of electricity generated from energy affiliates. The think tank said this system should allow the affiliates to sell energy to create competition.

“Effective competition has not been found in the electricity market as the market trade system suffers some structural problems,” said Nam Il-chong, who wrote report. “Failure to implement competitive policies on the state-run corporations has led to frequent energy crises in the past couple years.”

The International Energy Agency (IEA) in November advised Korea to reform its electricity market to stop the monopoly. Maria van der Hoeven, executive director at the IEA said the monopoly is going to put Korea in a difficult situation for stabilizing its energy industry, in a meeting that was held in the same month she met with Knowledge Economy Minister Hong Suk-woo.