Rekindle the flame of hope

Rekindle the flame of hope 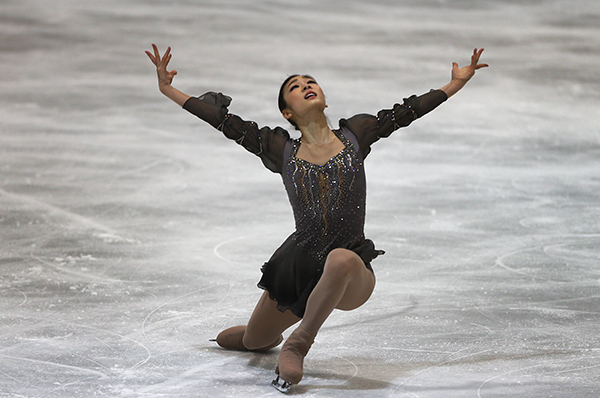 I always begin a new year with new pledges and resolutions. What have I accomplished and failed at last year? What are my dreams and goals for this year? By the time this year is over, how many of my New Year’s resolutions will be met? How about all the days in my life as I look back at the last moment of my life? What do I aspire to accomplish and what have I achieved throughout my life?

The first impression when I visited Paris for a lecture was refreshingly shocking. I was at a restaurant and a waiter asked me if I was from Korea. When I said I was, he suddenly started the “horse dance” and repeated “Gangnam Style!” He was a fine dancer. I confirmed the K-pop boom had reached the heart of Europe.

A German journalist I worked with for the organization of a conference at the Frankfurt Book Fair in 2005 surprised me by informing me about the status of Cha Bum-kun. He had high praise for the footballer, who displayed amazing talents in the sport as well as modest personality when many Europeans were not familiar with Korea. He had great respect for Cha’s contribution to international exchanges and civilian diplomacy. Since I went to the same school with Cha and used to love watching his Bundesliga on Tuesday nights, we enjoyed talking about European football. And the personal connection led to smooth agreements on the complicated coordination of the conference.

After a conference in Rome, I watched a special performance by Jo Su-mi with Italian attendees. A high-ranking Italian government official had the highest praise for the soprano, saying, “Jo sings with her heart, not with her lips, and her songs impress people around the world.” It was a rare chance to attend Jo’s special performance, and the Italian audience repeatedly requested an encore. She responded by playing the piano and singing Korean songs, bringing down the house. That evening, I felt so proud to have come from the same country as Jo.

I was invited to Doshisha University in Japan to give a special lecture, and I received special hospitality just because I was teaching at the same university that poet Yun Dong-ju had attended. The university pays tribute to the poet with a tablet on campus, and the noble weight of Yun’s soul was translated into a warm welcome to those from Korea.

In all these occasions, I was enjoying a free ride on someone else’s accomplishments and sacrifices, such as Kim Yu-na, Yun Dong-ju, Jo Su-mi, Cha Beom-geun and Psy. There is no need to even mention the help we have received from parents, family, teachers and colleagues. We are always indebted to other people.

When the community and its members are in despair, 17-year-old Joan of Arc sacrificed herself to raise the flag of hope and saved the country from the Hundred Years War. In the morning of the New Year, I thought of the Korean community and the lives of young people. How could Joan of Arc, who was born to a humble farmer’s family, become the symbol of hopes and dreams for the entire community? She has sacrificed everything she had for the dream, conviction, hope and vision of herself and her community. The dream of a single person can not only save herself but also change the times and history.

As we live off of sacrifices and help from other people, we too can bring hope to others. Anne Sullivan, who had suffered from a severe mental condition, could help deaf-blind Helen Keller to rekindle the flame of hope for herself, Helen and all the people around the world. The harsher an ordeal, the more valuable and impressive it is to overcome.

Let’s look around and see people in more difficult situations. Let’s look around the world. As young people today are struggling with uncertainty, suicide, low-birth rate, poverty, unemployment, polarization, gender discrimination and inequality, we can bring light to them. Let’s bring the flames of hope and conviction first. There is no obstacle that rock-solid conviction cannot conquer. Let’s save ourselves, others and the world with our dreams.

*The author is a professor at Yonsei University and a visiting professor at School for Advanced Studies in the Social Sciences in France.