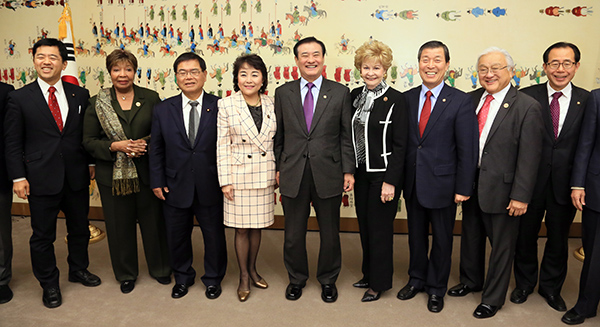 Subway workers help passengers evacuate a dark platform at Yangjae Station on Seoul’s subway line No. 3 yesterday morning in a nationwide emergency drill for a possible sudden power shortage. The drill, the second of its kind since the beginning of this cold season, was held for 20 minutes from 10 a.m. with power supplies to eight government complexes throughout the country temporarily cut off. It was partly intended to test the country’s response in case of a power shortage but also encourage people to cut their own electricity use during peak hours to prevent a blackout. By Kim Seong-ryong