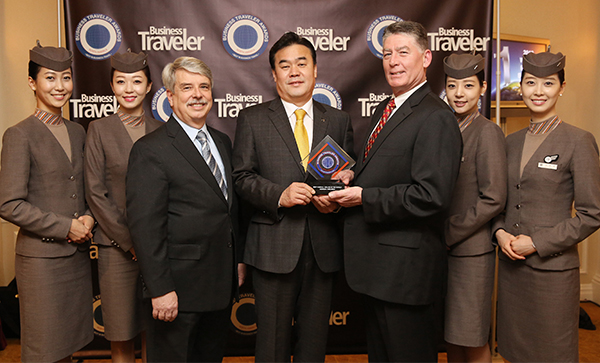 Asiana Airlines was chosen as the Best Overall Airline in the World in 2012 by U.S. travel magazine Business Traveler yesterday.

The award is given to the airline that excels in all areas from reservations to check-in to the flight itself.

In 24 years, Singapore Airlines has won the award 22 times and British Airway won once.