Won’s rise over 1,060 is concern to small firms

Won’s rise over 1,060 is concern to small firms 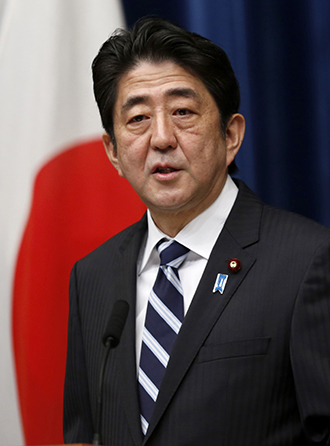 With the won continuing to gain strength due to monetary policy in Europe and the United States, and China’s export rebound, local industries are suffering, especially small and medium enterprises.

The local currency traded at 1,057.90 won per dollar when the forex market opened yesterday morning. When it closed, the won ended at 1,054.70 won against the greenback, up 5.7 won from Thursday.

That was a high for the last 17 months.

“We estimate we’ll lose at least 3 percent of our target revenue this year due to the strong won,” said a representative at an SME that exports home appliances overseas on an original equipment manufacturing basis.

“Even if we manage to achieve our goal of selling a designated number of home appliances this year, we earn less money. We can manage the current situation at this point thanks to our product competitiveness, but if the won strengthens further and breaks the 1,000 won mark, our profits will disappear into thin air.”

The Korea Insurance Trade Corporation said earlier this month that the danger zone for conglomerates is 1,059 won to the greenback and 1,102 won for SMEs that export goods overseas.

But market analysts say a strong won doesn’t deal a fatal blow to conglomerates because they manage the volatile forex market by hedging their currency exchange risks.

Some foreign exchange experts had already forecast earlier this month that won may break the 1,000 won mark this year, and that will surely have an impact on exports as a whole.

In a separate but related matter, the Bank of Korea yesterday revised downward its economic growth forecast for this year to 2.8 percent from a previous estimate of 3.2 percent made in October, underscoring the downside risks facing Asia’s fourth-largest economy. It also froze the key interest rate at 2.75 percent for the third straight month.

“Although the key rate can control the speed of the won’s appreciation for the foreign exchange market, aside from the FX market there are other factors to consider when determining the rate policy,” BOK Gov. Kim Choong-soo told reporters yesterday.

“In the past, a strong won and weak yen have greatly affected our economy. Now Korean export products have a non-price competitive edge. Korean automakers and machinery makers are affected by the latest FX market trend, but the impact is limited compared to the past. We’re closely watching the FX changes.”

Korea’s exports have already been affected by the won’s appreciation.

A statistic provided by the Bank of Korea on Thursday showed Korea’s export unit value in won terms fell 6.2 percent in December on-year, and the downward trend has continued for a fourth consecutive month.

The country’s exports, which account for about 50 percent of the local economy, slipped 5.5 percent to $45.1 billion in December from a month earlier, the central bank said.

In case of the country’s import unit value in won terms, it dropped 8.8 percent in December from a year earlier due to the won gaining against the dollar, coupled with falling oil prices.

The BOK said the 8.8 percent plunge marked the deepest on-year decline since a 15.3 percent on-year plunge in October 2009.

Meanwhile, the Japanese yen traded at 89.99 yen to the dollar yesterday as of 6:30 p.m., down 0.9 yen from Wednesday as Japan’s cabinet approved new economic stimulus measures in tandem with Prime Minister Shizo Abe’s promise to spur growth and end the prolonged deflation of Asia’s second-largest economy.

In separate data released by the Japanese government, Japan logged a bigger-than-expected 222.4 billion yen ($2.5 billion) current account deficit in November, the first deficit in 10 months as the country’s exports fell due to the yen’s appreciation and weak global demand.

While many analysts said a weaker Japanese currency will be a threat to Korean exporters competing with Japanese exporters on global markets, others had a slightly different outlook.

Allen Sinai, chairman of Decision Economics, said a weaker yen could be “a win-win for both Korea and Japan.”

Although a weakening yen could hurt Korean exporters in the short term, the trend could lead to an economic revival for Japan and this would spur Japanese consumer demand for Korean goods, Sinai said in a lecture on Thursday in Seoul at the invitation of the Institute for Global Economics.