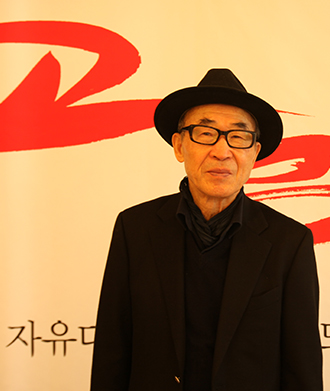 Ko Un, one of Korea’s most influential poets, has published a detailed collection of old journal entries.

“Thoughts of the Winds” focuses on the 1970s and spans topics such as personal commentary on well-known literary figures.

“I did not mean to express my literary views through my diary, but I thought it would be a good idea to show the agony and worry suffered by people in the 1970’s to people who consider themselves far away from that time,” the 80-year-old said.

“Sometimes retracing the simple life of the past is more important than sophisticated discourse on history. That’s why I decided to publish this book.”

Born in 1933, Ko has grown in influence and is routinely mentioned as a front-runner for the Nobel Prize in Literature.

His works have been translated and published in more than 15 countries.

A diary is a mere personal story, but the history it contains is alive, Ko explained.

“A person’s life might be a short summary of the long history of mankind,” he said.

“Thoughts are piled up as time flows, and the feelings fill the layers of life. My diary is a mutant, created by combining the actual world and the world in which I thought I was living.”

Some critics liken the publication to one of his previous works “Ten Thousand Lives.” That piece portrays 5,600 people who shared moments in Korea’s modern history.

For instance, he wrote that Choi In-hoon, an author of “The Square” (1960), was hypersensitive to criticism. Novelist Lee Cheong-jun was straight-faced, and while comparing himself to literary critic Kim Hyeon, Ko said, “He is the music, while I am the painting.”

Ko also lived through the three-year Korean War and participanted in the nation’s democratization movement. Readers may see the influence of these events in the entries.