In a Seoul January, Beach House is a good thing

In a Seoul January, Beach House is a good thing 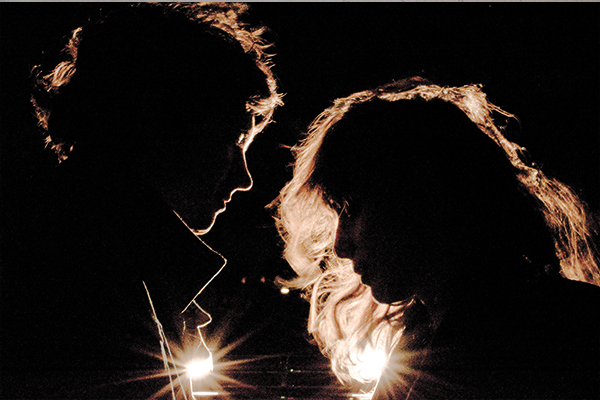 Victoria Legrand and Alex Scally are the Baltimore duo Beach House. Photo courtesy of the band

With a name like Beach House, you might imagine sunny indie-pop, maybe acoustic guitars and quietly singing hippies in sandals. But this band is a lot more complex and interesting than that.

The Baltimore-based duo will make its Korea debut on Jan. 23 in Seoul.

Beach House is Alex Scally and Victoria Legrand. They’re touring in support of their fourth full-length album, “Bloom, ” which ranked No. 7 on Pitchfork’s Top 50 Albums of 2012.

On the surface, their music seems simple. The first thing that hooks you is Legrand’s deep, atmospheric singing over Scally’s catchy guitar melodies. Repeated listens, however, reveal layer upon layer.

Legrand has an instantly recognizable contralto that she pairs with an organ to delicate, ethereal effect. Scally fills the spaces with nimble guitar lines. All of it is constructed with drum-machine scaffolding.

“Myth,” a standout track from 2010’s “Teen Dream,” begins with Legrand singing over a winding guitar with a slow, steady drumbeat. Her voice expands as the song gains tempo. She buoys it with long organ notes. The momentum keeps growing, but they keep knocking it back down. It would be easy for a song like this to run away from the musicians, but everything’s controlled and precise. It’s this way with all their music.

They were on the road in Australia last week and took the time to answer a few questions via e-mail. They wrote about the visual element of their shows.

“From the very beginning of Beach House until now, we have constantly integrated visual elements into everything we do,” they wrote. “We have toured with spinning shining shapes, three-dimensional glowing pyramids, star curtains, futuristic fan boxes, video elements, etc. We always make sure that these visual elements complement the music and don’t overwhelm or overpower it. We make different stage designs for each album and each tour and work closely with our lighting designer. We really care about making the show an experience for the audience, beginning to end. Come and see for yourself.”

The band is uninitiated in the ways of Korea.

“We are very excited to come to Seoul. And we love to try new things. We love Korean food as well. We can’t wait.”

They’re coming all the way from Baltimore, Maryland, which over the years has grown into an artist-friendly city, with art collectives, a vibrant music scene and a generally creative community.

“Our city is very special. There aren’t many cities like it. We will always prefer a smaller more private environment to make our music/art because there are no distractions. There isn’t a competitive vibe in Baltimore. It’s a very supportive and insular community. Baltimore has been a place for us to get lost and completely absorbed in Beach House. It has been very good to us.”

Their next project is a short film.

“The film is finished and will be out in January. It is called ‘Forever Still’ and consists of four live performances from sunset to sunrise of four songs from ‘Bloom.’ It was filmed in El Paso and Tornillo, Texas, where we recorded ‘Bloom.’ We chose specific locations that were significant to us and to the music. These landscapes are very pertinent to the music and the feelings they conjure up. We were inspired by ‘Live at Pompeii,’ the Pink Floyd movie.”

Legrand and Scally will continue touring into Europe on this album, and they plan to keep making music.

“That is what is so exciting about what we do - each time we are done with an album, we already have the small beginnings of the next, of the future. Always an ending, always a new beginning.”