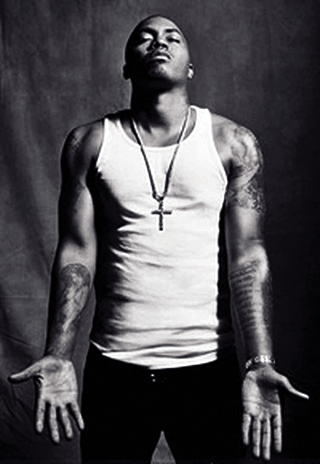 NEW YORK - When a teenage Nas opted out of street hustling to chase his musical dream, those around him found it amusing.

“When I chose to get in rap, my friends chose to do other things and not all great things. They chose to be in the streets and kind of laughed at me in a way about taking rap so seriously,’’ said Nas, who hails from the New York City borough of Queens. “I’m glad I stuck with it, because I believed in it from day one.’’

No one laughs at Nas now. Considered one of music’s most celebrated lyricists, he’s a top contender at next month’s Grammy Awards, with four nominations. The 39-year-old reached new heights last year with the release of his album “Life Is Good,’’ which made several critics’ end-of-the-year lists and is nominated for best rap album.

“The album was just such a piece that really told you about my life, about my divorce without doing too much, without telling too much,’’ said Nas, whose split with singer Kelis was finalized in 2010.

Nas also gets personal on his album about another woman: his daughter. The song “Daughters,’’ about the struggles of parenting a girl, is up for best rap song and best rap performance; his jam with the late Amy Winehouse, “Cherry Wine,’’ is nominated for best rap/sung collaboration.

He talked about his career, the nominations, his recent tour partner Lauryn Hill and more in a recent interview.

Q. “Daughters’’ isn’t a typical rap song. How does it feel to see that garner attention at the Grammys?

A. I’m really proud of that song. The fact that it made the final cut of the album; the fact that it became a single was great enough for me. Like, wow. And then to be acknowledged by the Grammys is mind-blowing.

What does your daughter think of the song?

I don’t know. She never really told me. It was just a thing. She’s used to me making music and she’s used to me doing things, doing songs that are personal. Never (songs) about her that are so personal, but I think part of her just knows that this was something that was weighing heavy on my heart and I think she gave me a pass for that. I don’t think she was always too happy about it. It’s different. It’s not like she’s a fan of it. She’s my daughter, so it’s a different relationship; a little touchy.

You’ve been releasing albums since 1991. How are you finding new things to write about?

Rule No. 1 is you can’t be fake. If you’re fake, you become a gimmick, and you’re selling a gimmick; a little gimmick is cool, this is entertainment. But when you base your stuff on mostly real stuff, you never run out of it because every day is a different adventure.

You recently toured with Lauryn Hill. What was that like?

She’s almost like someone from a different era ... She possesses this aura of someone like Roberta Flack, Nina Simone - it’s almost like you’re with them, on tour with that person. And sometimes it’s even more advanced for the audience; the audience is used to dealing with microwave music, so to have someone like Ms. Lauryn Hill onstage, they might not understand, they haven’t seen artists like that before, and I feel like I’m with someone that’s like, beyond me.

Which albums are the standouts of 2012?

No disrespect to nobody else in rap music, but Kendrick Lamar. I’m really happy about his record. I needed that. His record reaches you. It gives you hope .?.?. Also, Meek Mill. His energy is amazing.

What’s it like when you return to your hometown of Queens?

You get lost out there sometimes. You out there in Hollywood, Sunset [Blvd], Rodeo [Drive], Miami, South Beach, London - when I’m in Queens I realize I can always come back to where it all started, where I was raised at and the place that gave me the first, most exciting times of my life.

Are you working on new music now?