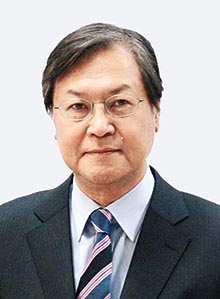 A core member of President-elect Park Geun-hye’s transition team who was in charge of diplomatic issues and North Korean affairs has suddenly stepped down.

Choi Dae-suk is a professor at Ewha Womans University specializing in North Korean studies. He was named as a member of the transition team’s diplomatic, national defense and unification committee.

Choi tendered his resignation on Saturday and Park accepted it yesterday, Yoon Chang-jung, a spokesman for Park, told reporters yesterday at a briefing.

Choi’s actions came as a surprise.

He has been regarded as a strong candidate for the next unification minister and was known as a key architect of Park’s policies on North Korean affairs.

Despite repeated demands from reporters to elaborate on his resignation, the spokesman reiterated that he couldn’t divulge any further details.

“I want you to understand that this is just for personal reasons, so I can’t tell you more,” Yoon said.

Asked when Park would name a new member to replace Choi, the spokesman said he “will announce it when decided.”

So far, professor Choi has claimed the necessity of continuing food aid for North Korea separate from the political situation. Last year, he said in his column that “the so-called May 24 sanctions of the current administration are aimed to penalize the North Korean regime, but it didn’t consider the anxiety and losses of South Korean people and companies. The measures should be eased for the next administration.”

His friends told the JoongAng Ilbo yesterday that since he was appointed as a member of the transition team, he had been vigorously encouraged in his activities.

On Tuesday, he met with about 40 civic activists and North Korean analysts at a closed-door seminar and briefed Park’s policies on North Korean issues.

His cell phone was turned off yesterday. His close friends also told the JoongAng Ilbo yesterday that Choi hasn’t discussed his resignation with them.