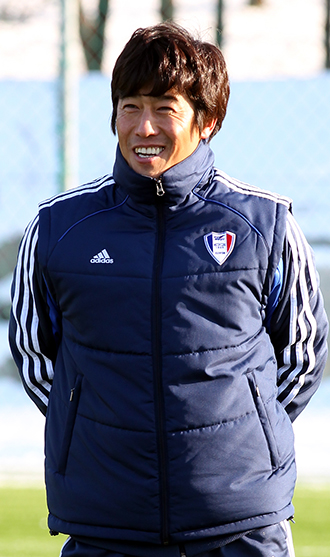 Suwon Bluewings coach Seo Jung-won acknowledges that a lot is expected from Jong Tae-se, but he is confident that the North Korean national team striker who signed with the K League team last week will exceed expectations.

The 28-year-old North Korean star brought from FC Koln of Germany has received number 14, which Seo wore as a franchise star with the Bluewings from 1999 to 2004.

Seo, 42, who took the helm of the team last month, said he will try to return to the heyday of the four-time champions by putting up “fun” and “aggressive” games. It is the fourth part of the Ilgan Sports interview with new K League coaches.

Q. You have had a war of words with several coaches, including Choi Yong-soo of FC Seoul, Hwang Sun-hong of the Pohang Steelers. Kim In-wan of Daejeon Citizen also vows revenge after losing out on Jong Tae-se.

A. After all, Suwon is a team that every team wants to beat. What I did with coach Choi or coach Hwang is not an emotional confrontation. It is rather our way of boosting tension and interest in the league. From now, I would like to show it not with words, but with football. I want to show Kim that Jong Tae-se is a much more talented striker than many people think.

Tell us more about Jong.

What I worried about was that his game sense may have gotten dull after being on the bench for a long time with [FC] Koln. I checked the condition of Jong directly or indirectly through my acquaintances in Germany. I have confidence that he is a good striker and will do his part.

What would you like to change most about your team from last year?

Two areas. First, I want to maximize fundamentals of Suwon football; aggressive football and fun football. If we can show rightly what we’ve got, I am confident that the fans will be pleased with our play.

Second, I will promise the players fair opportunity. There is no fixed best player with a Suwon managed by Seo Jung-won. I will start the players who I think are best-prepared to help us win on the day of the match.