For artist, Galaxy Note is a whole new universe

For artist, Galaxy Note is a whole new universe 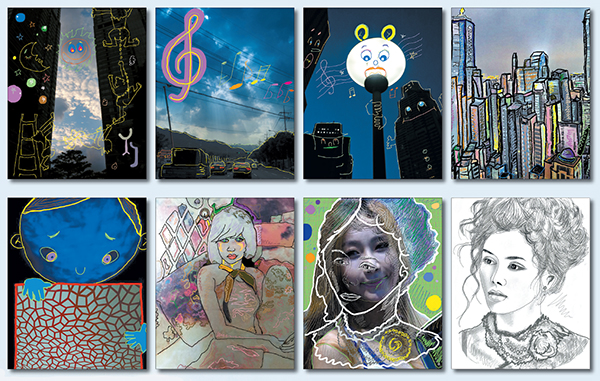 Ahn created works using the Samsung Galaxy Note. The works, shown above, are created by drawing on photos on the smartphone.

The world is changing fast, nearly beyond comprehension. At the center of change is high tech information technology. The advance of digital technology in the 21st century had brought about a revolutionary change in art. “Digi-fun-art,” a combination of computer technology and creativity, has emerged as a new genre of art.

Ahn (left) created works using the Samsung Galaxy Note. The works, shown above, are created by drawing on photos on the smartphone.

Ahn Seung-jun, a professor of natural science at Hanyang University, is creating art and communicating with the world using a Galaxy Note smartphone. Ahn had put aside his ambition to be an artist and was working in an office. But his life changed dramatically after he was given the Note with a stylus by a junior colleague. Drawing on the photographs he took with the gadget, he became a pioneering digital artist.


The screen of his smartphone is his canvas and the stylus his brush. Starting from drawing and sketching with a twist and parody, his art has been transformed into a new style. He draws lines and paints using the stylus on the photographs taken with the Note.

Communication through social networking services with college students has also improved the quality of Ahn’s art. The old and the new generations exchange their views of art through SNS. 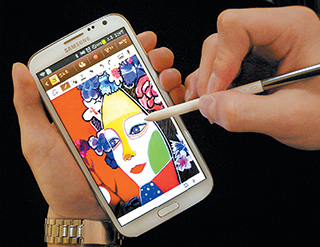 Ahn created works using the Samsung Galaxy Note. The works, shown above, are created by drawing on photos on the smartphone.


Meanwhile, smartphones make it easy for infinite imaginations to express themselves, thus giving people a lot of pleasure.


That is why Ahn is calling this form of digital art by mobile devices digi-fun-art.

For people suffering from physical or emotional pain, drawing with the Galaxy Note also can be a palliative experience, Ahn says. Moreover, as Psy’s horse dance thrilled people all over the world, digi-fun-art could become a powerful communication tool. This communication is possible thanks to the ability to instantly share joy via the Internet with people on opposite sides of the world. 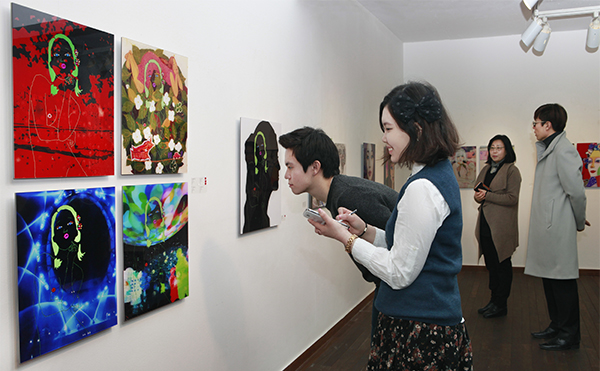 Ahn held an exhibition at Gallery NoW, which enjoyed quite a bit of attention from the media and attendees.

Paik Nam-june’s video art was not accepted as an art form at first. Digi-fun-art is still not accepted, either. However, Ahn believes digi-fun-art will be the most powerful art form when the digital generation becomes society’s mainstream. He also expects that a world-famous artist in the field will come from Korea, one of the most-wired countries in the world.