Missoni winter show goes on after plane crash, but with solemn mood

Missoni winter show goes on after plane crash, but with solemn mood 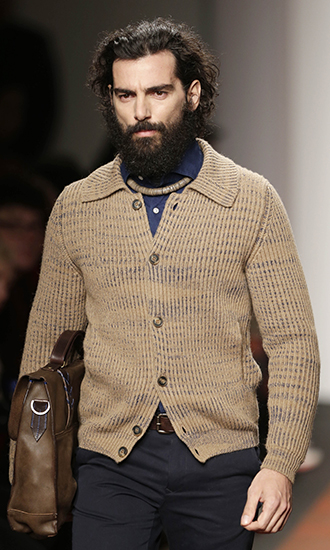 MILAN - The mood was solemn and the music mournful at the Missoni fashion show, which went on despite the uncertain fate of the family-run fashion house’s CEO.

Vittorio Missoni, along with his companion, two other Italian friends and a crew of two, have been missing since their plane disappeared off Venezuelan resort islands over a week ago.

His sister Angela, the brand’s designer, and the rest of the family decided to go ahead with the show even as crews continued to search for the plane. In a show of support, Italian Fashion Chamber President Mario Boselli led the crowd in a standing ovation at the end of the preview for the winter 2014 menswear collection on Sunday.

“They did the absolute right thing, showing the greatness of both the family and the company,’’ Boselli said before the show. Boselli and Vittorio Missoni worked closely together at the fashion chamber promoting Italian design.

Angela Missoni did not greet the crowd as she normally does, choosing to stay backstage. No other members of the family were present. The Missoni fashion house was founded 60 years ago by their parents, Ottavio and Rosita, who turned it over to their three children in the late 1990’s.

“The affection and the solidarity that we have received in these days of waiting are of great comfort for my entire family, and they give us the strength to continue to hope,’’ Angela said in a statement. The missing were honored on the runway with melancholic music.”