What a way to start

What a way to start 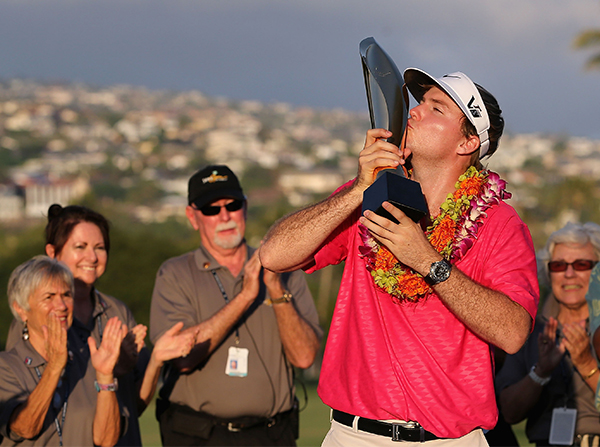 Russell Henley celebrates with the Sony Open in Hawaii trophy after winning in the final round at Waialae Country Club on Sunday in Honolulu. Henley, 23, launched his PGA Tour career by setting a record for the lowest 72-hole total ever by a rookie and earned an invitation to the Masters in April. [AFP/YONHAP]