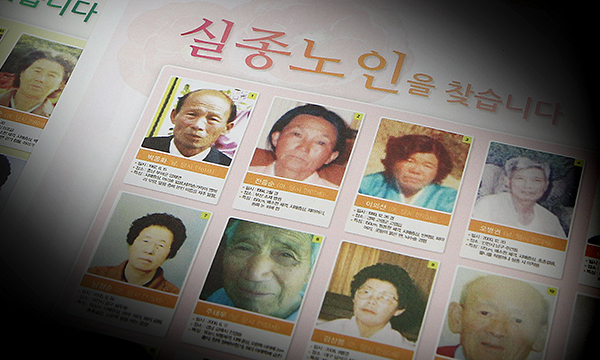 “It’s no fun spending all day in the house. I am going to the center for seniors.” 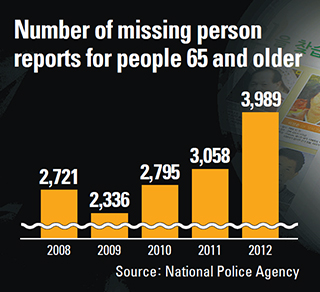 Those were the final words a 90-year-old woman, surnamed Im, spoke to her son on Dec. 26, when the day’s low dropped to a minus 14.5 degrees Celsius (5.9 Fahrenheit) in Buyeo County, South Chungcheong.

Im, the mother of three sons who hadn’t been diagnosed with dementia, left the house with a baby stroller she used as a walker. What began as a light outing turned out to be a tragedy for Im’s three sons.

Im did not come home that night and the sons contacted the police for help in finding their mother. 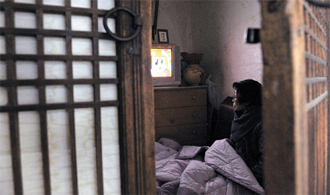 A team of 30 police personnel immediately formed a search party. Im was spotted by CCTV in Nonsan pushing the stroller and entering an electronics store.

Im asked one of the workers there to take her to a dental clinic, which the worker did. At the clinic, the mother had her last tooth removed.

A few hours later, Im was captured again on a surveillance camera getting off the bus at a bus stop and walking toward her village.

Four days later, on Dec. 30, Im was discovered dead and covered in snow on a rice paddy three kilometers (1.8 miles) from her home. She had blanketed her body with a pink coat, presumably to warm up her body, that her son had given her. The Buyeo Police Precinct reported Im died of exposure.

Three weeks before Im’s disappearance, an 83-year-old man surnamed Song, a dementia patient, was also found dead in a stream by a rice paddy in Goheung County, South Jeolla, two days after his family told authorities he had disappeared.

As the society ages, an increased number of elderly are going missing. According to the National Police Agency, the number of reports of missing elderly has climbed to 3,989 last year from 2,721 in 2008, raising expectations that the number will dramatically go up as the country will gain the status of a super-aged society, meaning two out of 10 people are 65 or older, by 2026.

Problems related to the super-aged society are already evident in five cities and counties in South Chungcheong and South Jeolla that already have become so-called super-aged towns.

Those five places are: South Chungcheong’s counties of Buyeo, Geumsan, and Cheongyang, which shows the highest elderly rate of the five with 29.4 percent of its population in their mid-60s and over, as well as Nonsan city in South Chungcheong and Goheung County in South Jeolla, all of which provide a glimpse into the future Korean society coming in two decades.

For the four cities in South Chungcheong, 389 elderly residents went missing from January to October of last year, putting the average of missing persons at 1.1 a day and comprising almost 10 percent of the total number of such cases nationwide, which reached 3,989 during the same period.

In response to rising numbers among the elderly, the police in the province are treating reports of their disappearance as gravely as murder and theft cases as was illustrated by the Geumsan Police Precinct immediately forming a special investigative team upon receiving a missing report for a 74-year-old man on Dec. 18.

The missing person was found dead nine days later on a mountain in Geumsan.

“Similar to the formation of a special task force when high-profile and violent crimes occur in major cities, we create the special team in response to a single elderly person gone missing,” explained detective Kang Young-il at the Buyeo Police Precinct.

As it is estimated the number of dementia patients will hover around one million by 2026 from the current 534,000, or 9.1 percent of the total population as of October of last year.

At this aging rate, experts forecast the numbers of missing elderly will more than double in a super-aged society.

“Elderly with dementia are at a much greater risk of going missing as their spatial awareness is at a very low level,” said Kim Ki-woong, head of the National Dementia Research Center.

“More elderly people with dementia are inevitable with more elderly people down the road, which will lead to more cases of missing persons. We need to have safety measures put in place to prepare for what is to come.”

The authorities and families of missing elderly call for more installments of CCTV as surveillance footage have proved to play a crucial role in locating the missing.

“Most elderly people lost in the middle of the street move by walking and thus often get captured on CCTV footage, which greatly helps us find them,” said Han Kyu-seong, chief of the public safety team at the Geumsan Police Precinct.

To meet the growing demand, Geumsan County has put in over 300 additional CCTVs in the past four years with an aim to better locate the disappeared.

Park Gyeong-rae, senior researcher at the Korean Institute of Criminology, says the most important factor in finding the missing is “human resources” rather than assisting equipment like CCTVs.

“It is essential that more police personnel are dispatched to police stations for search missions and family members immediately report the case to the police upon discovering their family member has gone missing.”