Kim Jun-su is the most popular foreign singer in China

Kim Jun-su is the most popular foreign singer in China 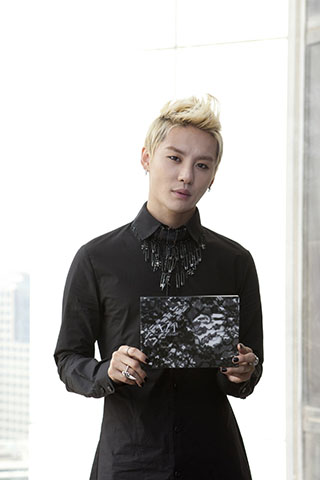 Kim Jun-su topped the ranking of “Most Popular Foreign Singer” compiled by the entertainment program “Top Chinese Music” on the Beijing TV network.
The chart listing China’s most-liked foreign singers was revealed on the show on Jan. 8 and after Kim came Justin Bieber at second and Madonna at 8th spot.

Part of Kim’s success was attributed to his single “Thank U For” which was released over Christmas.
Overall, 2012 was a great year for Kim in China. His debut album “Tarantallegra” and single “Uncommitted” did well on the charts there.

At home too Kim had a stellar year as he was named the most successful performing artist for 2012 by the ticketing Web site Interpark.