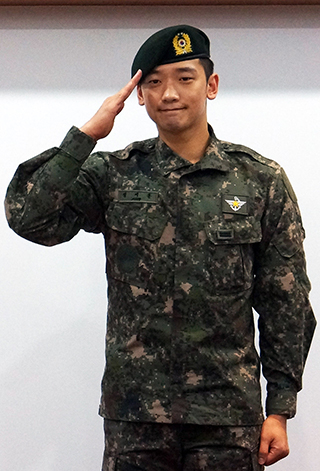 Disgraced star Rain has been ordered to read the books “It Hurts Because It’s Youth” and “The Wolf of Wall Street” in disciplinary procedures convened against the singer for violating the terms of his mandatory military service.

A representative from the Ministry of National Defense said yesterday that in addition to the book reports, Rain was required to swallow his pride and submit a letter of apology.

In the document, he apologized for “causing a disturbance and tarnishing the image of other entertainers in the military.”

The K-pop heartthrob has been in the hot seat since pictures of him on dates with actress Kim Tae-hee began circulating in the press. He apparently visited his girlfriend during leave time allocated for rehearsals.

Rain also was put on probation and confined to his barracks for a week.

The star has insisted that his good deeds will not be eclipsed by his illict romance.