YG Entertainment churns out another star

YG Entertainment churns out another star 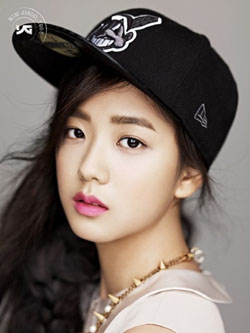 YG Entertainment piqued the curiosity of fans by uploading a picture of a member for its new girl group.

An image of a girl named Kim Ji-soo made it onto the agency’s YG Life blog on Jan. 15. The 18-year-old is shown looking seductively into the camera and sporting a Cleveland Indians baseball cap under messy, shoulder-length hair.

She is the second member to be revealed since the agency declared that it would launch a female group early this year.

YG head honcho Yang Hyun-suk said that he’d reveal the members slowly from mid-January. The agency has since uploaded pictures of various girls, a few of them already known for having appeared on signing-audition shows.

“Although this isn’t a game, not all the girls revealed to date will be in the girl group,” Yang said.
The new band will mark the agency’s first female group since 2NE1’s debut four years ago.