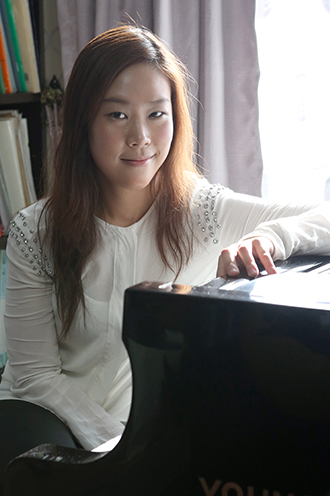 Son Yeol-eum sits at home in Wonju, Gangwon. She has used her home piano since the first grade. [JoongAng Ilbo]

Seeking to get past her on-stage personality, JoongAng Sunday insisted on interviewing pianist Son Yeol-eum at her home in Wonju, Gangwon. Fans have seen Son’s performances for years, but visiting her in her own space seemed like a good way to get beyond the fanfare.

Son was taking a break after collaborating with the Mariinksy Theater Orchestra led by world-famous conductor Valery Gergiev on Nov. 30, and due to the cancellation of a Shanghai performance, she had a brief holiday to spend at home.

The 26-year-old politely offered tea at the start of the interview, and though she began with innocuous topics like the weather, she quickly opened up about her personal life.

“I was born to play music,” she said simply. On stage, she has no fear (“a gift,” she explained).

Son isn’t much fazed by public criticism either, and so she has many of the qualities required of a world-famous performer: a thick skin, confidence on stage, and as she later discussed, a love of travel.


Here are some excerpts from the interview:

Q. How did you meet with Valery Gergiev, and was the first encounter memorable?

A. I met him two years ago when he was one of the judges at the International Tchaikovsky Competition. He is a very busy person, and so we were not able to have a long conversation on the day of competition. In fact, several musicians and I actually started the gala rehearsal only an hour before the actual performance.

How did you know that you would be working with him for the first time, and did you get any comments from him after the first collaboration?

The organizer of the competition contacted my manager in Japan, and I heard that he wanted to see me soon. He said, “You were great, let’s meet often,” but things came together at the last minute. The performance was at 8 p.m., and we only managed to start the rehearsal at 7:40 p.m. We could practice for only about 15 minutes.

Are you okay with such last-minute rehearsals and performances?

In fact, I think this is more fun as long as the conductor can lead us easily. Some people ask me if I practice a lot. But actually, I’m not that diligent. I get the most energy when the concert is just around the corner, and so I usually begin a week before, though it really depends. For the upcoming concert with modern songs, I started practicing earlier than usual. I’m a bit lazy, so I don’t immediately sit in front of the piano. I study the music first and then start playing.

Can you say that this is your own way of practicing?

Yes, I believe so. I spend a lot of time thinking of my own techniques because I hate doing things about which I’m not totally comfortable or confident. That’s why I always learn things 100 percent before putting something into action.

How often do you listen to music? Do you worry that you might lose your musical individuality by listening to others?

I listen to music a lot - more than you can probably imagine. Mozart is my favorite. I love the variety of his music because there’s always something to learn from his pieces. Glenn Gould’s “Goldberg” Variations are of high quality but rather unmusical. Gilles has passion, and Horowitz has the ability to appeal to the audience. Rubinstein is like a middle-aged gentleman who pats little children and says, “You don’t know a thing about music, kiddo.” I believe you’re only in danger of losing your individuality by listening to others if you don’t have your own musical identity in the first place. 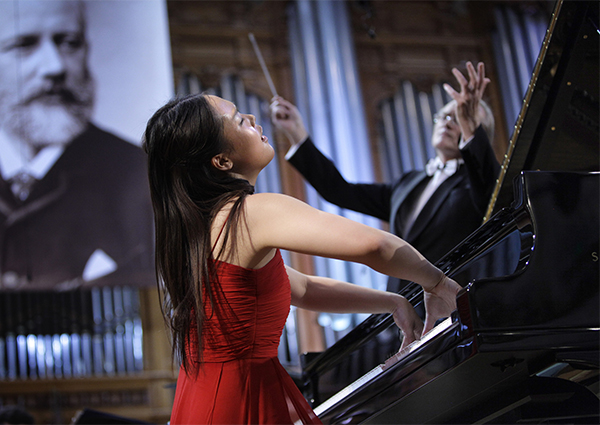 Son wowed the audience at the Tchaikovsky International Piano Competition in 2011.


Do you watch recordings of yourself? What has been your most memorable performance?

Yes, I actually find it fun. I change my motions after reviewing if they seem to be disturbing the music. I think my most memorable performance must be playing Rachmaninoff’s music with the Suwon Philharmonic Orchestra at the Seoul Arts Center two years ago. It was a two-day performance: I did not give a satisfying performance on the first day, and I was happy that it worked better the following day. I don’t usually feel satisfied after my performances. I aim to appeal to the audience, and so if the audience likes what I do, I call it a success. It also needs to be a good performance overall.

There is a lot of positive feedback about your concerts. How do you feel about that?

I’m honored to be recognized by people I admire, but I’m harder on myself. I heard good reviews about my collaboration with the Mariinsky Orchestra and was told that I had improved from the previous year. But I didn’t really agree since I liked some other performances more.

How did you find out that you were musically talented?

After I entered Korea National University of Arts, I realized that I could read and memorize notes faster than other students. I didn’t talk much about this, though, fearing that my friends might get jealous.

Are you planning to participate in another competition?

No. I love being tested and criticized in front of people, but the Tchaikovsky competition was enough. I am currently in the doctoral program at the University of Music, Drama and Media Hanover [in Germany] and will focus on studying music.

Does the school treat you differently than other students?

A teacher told me that I was introduced on the school’s bulletin board, but most probably don’t even know that I study there. I travel a lot, and there are many good students in Germany who just don’t participate in competitions.

Do you have any regrets about studying abroad a little later than most students?

Not now, but when I first went abroad, I wished I had started a year earlier. Students there did not only play music, they even played sports. I enjoyed college life back in Korea by drinking and getting along with friends, but I guess I didn’t really play sports. I also saw students in Germany playing jazz freely. Not all of them were great, but it’s a good way to broaden your perspective. In fact, I’ve also started learning jazz. I take lessons whenever I come to Korea. 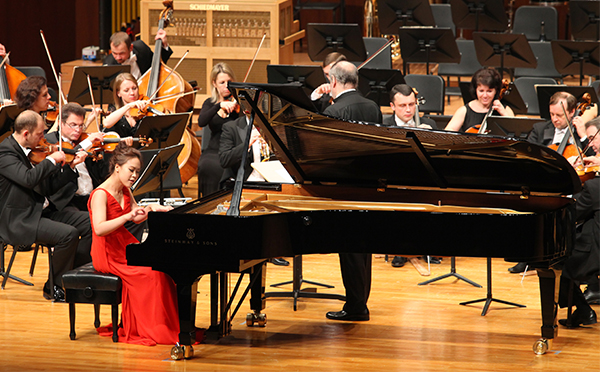