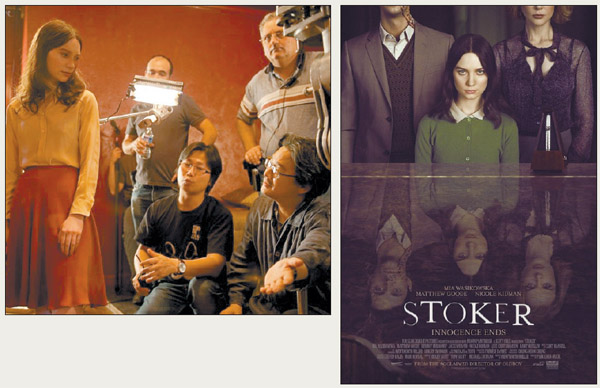 “Stoker” is a psychological thriller that portrays the relationships among a teenage girl, her mother and uncle. Provided by 21st Century Fox

Three of Korea’s foremost directors - Bong Joon-ho, Park Chan-wook and Kim Ji-woon - are flexing their cinematic muscle to broaden the appeal of Korea’s soft power and make inroads into Hollywood.

Park Chan-wook, whose revenge saga “Oldboy” (2003) made his name known to many abroad, makes his Hollywood directorial debut with the psychological thriller “Stoker,” scheduled to be released Feb. 28 in Korea and March 1 in the United States.

Written by actor-turned-screenwriter Wentworth Miller (star of “Prison Break”) and co-produced by Ridley Scott and the late Tony Scott, the creepy film centers around apathetic teenager India (Mia Wasikowska) and her volatile mother, Evelyn (Nicole Kidman). The story begins with the death of her father (Dermot Mulroney) in a car accident. His presence is replaced by the enigmatic yet alluring Uncle Charlie (Matthew Goode) who moves in with India and her mother.

India learns the newcomer has an arsenal of insidious intentions and family secrets, but she is drawn to him, nonetheless.

“It’s hard to tell when or where the story takes place. Cell phones appear in the movie, but in other scenes it feels like the 1950s. You may not know whether the film is set in the western or eastern United States,” said the 50-year-old director in an interview with weekly magazine Cine21.

“All the vague elements play a meaningful role.”

Park also hinted that India’s coming of age is a key aspect of the intricate storyline.

“India’s childhood is really important. The film focuses more on the part than the original script. Directing and editing were all geared towards her growing-up story,” he said. 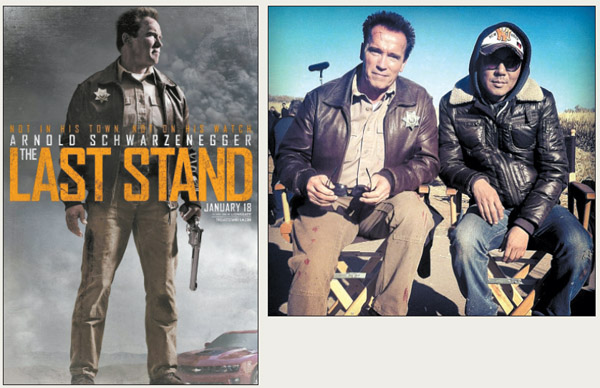 The filmmaker also shared his first experience of working overseas.

“Shooting a movie in the United States was a novelty and a stimulating experience. But it was also a very awkward one, having to work with a new system and language.” Park said. “I was struck by how fast the production moved in Hollywood; there was a lot of shooting to be done every day, and I was a little sad that I didn’t have enough time to discuss things more with the actors.”

Miller’s script was voted to the 2010 “Black List” of the 10 best unproduced screenplays making the rounds in Hollywood. A number of award-wining movies were originally in the list, including David Fincher’s “The Social Network” (2010).

Anticipation of the film is heightened by the participation of music director Clint Mansell, who was behind the soundtrack for “Black Swan”(2010).

“Stoker” will have its world premiere at the 2013 Sundance Film Festival, which began yesterday, before traveling to close the 2013 International Film Festival Rotterdam on Feb. 2.

Much in the same way that “Stoker” revolves around India’s house, Bong Joon-ho’s English language debut “Snowpiercer” also centers on one place: a train. An adaptation of the French comic book series “Le Transperceneige,” Bong’s latest feature is set for a summer release and portrays a post-apocalyptic future in which a new Ice Age has wiped out most of the human race. What remains in the world of snow is a train, which is a class-divided microcosm of society. Tensions always loom in the train as “the lowest class” is relegated to the rear cars.

“I remember it was around the end of 2004,” the director said in an interview with the Yonhap News Agency when asked how he came across the comic. “It was when I finished ‘Memories of Murder’ and was working on ‘The Host.’ I went to a comic book store near Hongik University. I go there once or twice a month when I am stressed out. ‘Le Transperceneige’ suddenly came into my sight, and I read the whole trilogy standing there.” 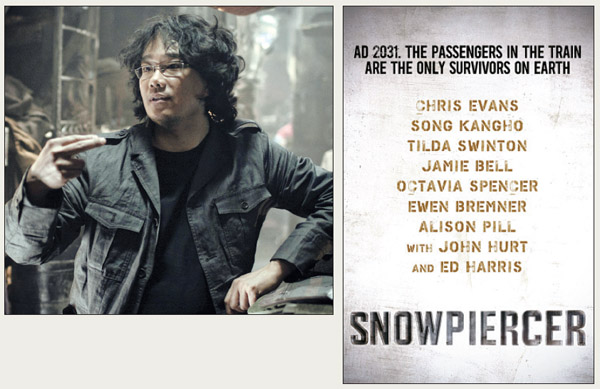 “Snowpiercer” is a global mega-project by Bong Joon-ho set in a post-apocalyptic world after a new Ice Age wipes out nearly the entire population.Provided by CJ E&M

With a budget of 45 billion won ($42.5 million), it is the most expensive film produced in Korea, though it was shot in the Czech Republic. It stars Chris Evans, Song Kang-ho, Octavia Spencer, Jamie Bell and Ewen Bremner.

Kim Ji-woon has tapped an iconic American genre - the western - for his Hollywood debut. “The Last Stand,” scheduled for a Feb. 21 release, is already creating buzz at home and abroad as it will mark Arnold Schwarzenegger’s first leading role since he was elected governor of California in 2003.

In “The Last Stand,” Schwarzenegger plays Sheriff Ray Owens, who presides over the Arizona border town of Sommerton Junction. The film follows the action-packed chase between the police and a notorious drug baron and his gang who seek to lay the groundwork for Mexican drug kingpin Gabriel Cortez (Eduardo Noriega). Owens’ team consists of an innocent newbie (Zach Gilford), a grumpy veteran (Luis Guzman) and police deputy (Jaimie Alexander).

“The plot revolves around ordinary people along the U.S.-Mexico border who risk their lives to fight off a strong enemy. It’s a character-based action film. I think that the film’s lighthearted spectacle can be enjoyed in the same way as “The Good, the Bad, the Weird,” said Kim, referring to his 2008 Korean spaghetti western.

Kim has proven to be adept at a variety of genres, from the horror film “A Tale of Two Sisters” (2003) to the noir “A Bittersweet Life” (2005) as well as westerns while maintaining his unique stylistic edge throughout.

The diverse list of films reflects his career of more than a decade, but he found working abroad in a whole different environment to be challenging and lonely.

“I found I was just another foreign worker here. [Laughs] I don’t have a lot of friends here and all I did was work, so in a way I felt empathy toward foreign workers,” said the 49-year-old director.