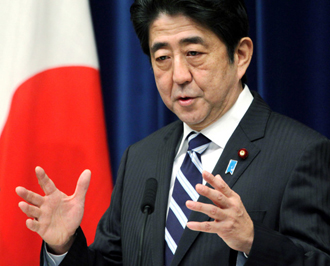 Traders’ expectations for swings in the yen climbed to a 17-month high amid speculation the Bank of Japan will expand monetary stimulus at its two-day policy meeting starting Monday.

The yen was near a two-and-a-half-year low and was set for a 10th weekly decline after BOJ Governor Masaaki Shirakawa, Finance Minister Taro Aso and Economy Minister Akira Amari met yesterday. The yen touched 90.21 per dollar yesterday, the weakest since June 23, 2010.

“Expectations for additional easing by the BOJ haven’t yet peeled off,” said Masato Yanagiya, the head of currency and money trading in New York at Sumitomo Mitsui Banking, a unit of Japan’s second-biggest financial group by market value. “With rising implied volatility, there are quite a few people who are alerted by the pace of dollar-yen moves.”

Finance Minister Aso said in Tokyo yesterday that the BOJ and the government will issue a joint statement at the central bank’s Jan. 21-22 meeting. Bloomberg