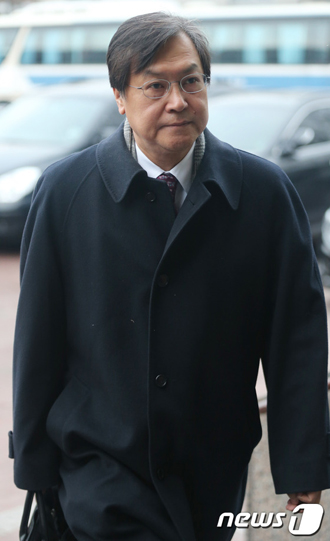 The abrupt and mysterious resignation of a former member of President-elect Park Geun-hye’s transition team might have been fallout from a behind-the-scenes meeting he arranged with a North Korean official ? without government approval.

An intelligence source familiar with North Korean affairs told the JoongAng Ilbo Thursday that “a senior ruling party lawmaker close to president-elect Park met with a working-level official of North Korea in Beijing between Dec. 25 and 27.

“As far as I know, it was Choi Dae-suk who arranged the closed-door meeting,” the source said.

During the meeting, the senior ruling party lawmaker said he wanted to brief a high-ranking North Korean official on the president-elect’s position on North Korean affairs and policies, the source told the paper.

But the North Korean official declined the request and said he wanted a hand-written request from Park for such a meeting to take place, the source said.

The senior lawmaker told the JoongAng Ilbo on Tuesday that he visited China to meet a North Korean official. Yesterday he withdrew that comment and said he met a Chinese official in Beijing.

But he said Choi did not arrange any meeting and that he has “never discussed the visit with Choi.”

Choi, a member of Park’s inner circle who was in charge of North Korean affairs for the transition team, stepped down Jan. 12 citing “personal reasons.” Choi said in a private e-mail to friends that his resignation was not related to “individual corruption.”

As a renowned expert in North Korean issues, Choi was regarded as the architect of Park’s policies on inter-Korean cooperation. He was also a strong candidate for unification minister.

The source assumed that Choi arranged the secret meeting right after the presidential election without approval from Park, the National Intelligence Service or the Ministry of the Unification.

Under current law, civilian contacts with North Korean officials must be approved by the government in advance.

“During the policy briefing, Choi raised his voice and had an altercation with senior NIS officials regarding North Korean affairs,” an official at the transition team said. “Attendees were perplexed because Choi was known for his calm personality, but he got very aggressive with the NIS.”

Other sources told the JoongAng Ilbo that Choi stepped down because of his close ties to liberals.

Choi is known as an advocate of maintaining inter-Korean cooperation regardless of political confrontations.

In fact, right after the NIS policy briefing on that day, Choi met with a professor who worked for the main opposition Democratic United Party’s think tank for North Korean affairs. After that, in the afternoon, he also met with a former Unification Minister who worked under the liberal presidents Kim Dae-jung and Roh Moo-hyun.