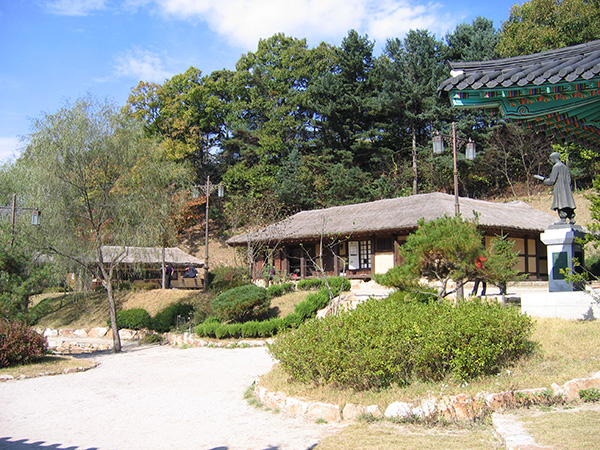 The Kim You-jeong House of Literature in Chuncheon, Gangwon

The friendly rivalry between localities in Korea has taken a turn for the academic. Aiming to up their name recognition and draw more tourist dollars, local towns are now competing to attract famous authors and build literature museums.

Though the museums can be expensive and have a disputed track record, the Korean Literature House Association has been flooded with inquiries from local governments planning to construct them.

Lee Gang-seok, secretary general of the association, explained though that most towns aren’t so interested in the literature.

One official earnestly inquired as to the size of the largest literary museum in Korea. When questioned about the documents and other history to be housed in the new building, he said plainly, “I think that building is the first thing to do and collecting content is the next.”

Judging purely by numbers, one might call the last few years the golden age of Korean literature museums. The number of such museums was 14 in 2004, but as the craze caught on with local governments, the number grew to 60, according to a registry maintained by the Korean Literature House Association.

When unregistered museums are included in the count, the number rises to 70. In addition, 15 literature museums are now under construction, according to the latest available data.

In one such case, the government of Suwon, Gyeonggi, is trying to woo poet Ko Un, often regarded as a strong candidate for the Nobel Prize in Literature. Ko is now living in Anseong, Gyeonggi, but since he expressed interested in relocating to Suwon, the government there has spent 700 million won ($661,500) on remodeling a house on Mount Gwanggyo. Should Go actually move to Suwon, officials have discussed building a literary museum in his honor. 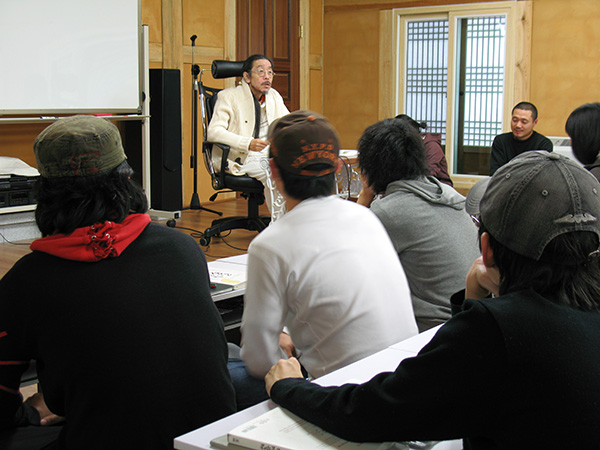 In the mid-2000s, the Hwacheon County government in Gangwon Province aimed to impress popular writer Lee Oi-soo by creating Gamseong Village, a complex including his home, a literary museum, a lecture hall and other facilities, at the cost of 7.5 billion won ($7.1 million).

Gamseong Village is one success story pointed to by experts and local government officials who insist that such an investment can lead to a significant increase in revenue from tourism.

Though the project was criticized as a waste of tax money, the number of tourists to Hwacheon County has surged since the village was formed. Though there were only 2,000 tourists in 2006, the year Lee moved to the area, the number grew to 25,000 by 2012, according to statistics collected by the county government.

It is now considering charging for admission to the literary museum in Gamseong Village.

Local governments can also count on support from the central government when they decide to build literary museums. When one decides to go ahead with a construction plan, up to 40 percent of expenses can be covered by national programs designed to support regional culture in the country.

But the project in Gamseong and the few other success stories seem to be the exceptions rather than the rule.

Many literary museums remain unknown to tourists and receive indifferent residents from the towns in which they are built. 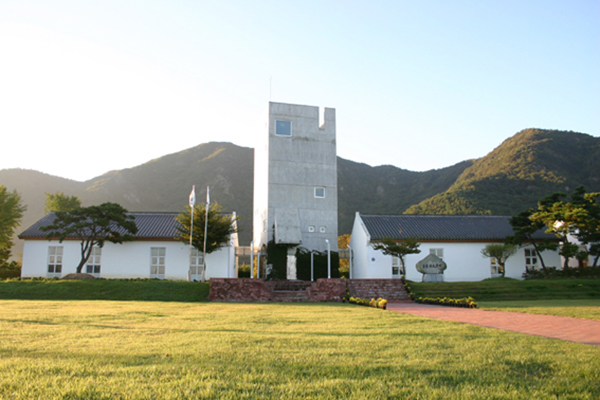 Critics say this is because they lack unique characteristics and international competitiveness.

“Many literary museums in Korea lack the ability to professionally manage their documents and artifacts and design programs based on them,” said Yoon Jae-woong, a professor at Dongguk University. He helped Gochang County in North Jeolla Province open the Midang Literary House in honor of Seo Jeong-ju, one of Korea’s most famous modern poets, in 2001.

“The management of literary museums must be entrusted to experts.”