DiCaprio wants to ‘improve the world’

DiCaprio wants to ‘improve the world’ 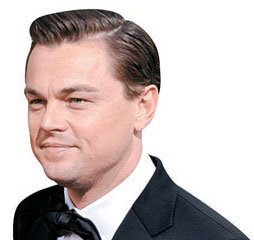 BERLIN - “Django Unchained” and “Titanic” star Leonardo DiCaprio said on Friday he was planning to take a significant break from filming and concentrate on his environmental campaigning.

In an interview with Germany’s mass circulation daily Bild, the 38-year-old American actor said: “I am a bit drained. I’m now going to take a long, long break. I’ve done three films in two years, and I’m just worn out.”

“I would like to improve the world a bit. I will fly around the world doing good for the environment,” added DiCaprio, in comments published in German.

He also recently filmed “The Great Gatsby,” directed by Baz Luhrmann, and Martin Scorsese’s “The Wolf of Wall Street.”

He burnished his green credentials in the Bild interview, saying: “My roof is covered with solar panels. My car is electric. A normal person does not drive more than 50 kilometers [31 miles] a day. That can be done with a plug.”