Salvation for Sony may lie in future high-end devices

Salvation for Sony may lie in future high-end devices 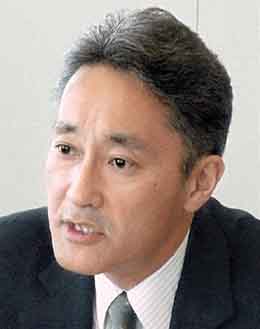 Sony, whose Xperia smartphones are outsold by a ratio of more than 6-1 by Samsung Electronics’ models, can turn its handset business into a profit driver by focusing more on high-end devices, Chief Executive Officer Kazuo Hirai said.

“That’s why we are in this business, and that’s why we invested heavily in the business,” Hirai, 52, told reporters in Tokyo on Thursday. “I believe we still have a lot of room to grow.”

Sony, struggling to end a streak of four straight full-year losses, plans to make its mobile-phone business profitable in the year beginning April 1, it said in August. Water-resistant phones were among the new products released at the Consumer Electronics Show in Las Vegas this month as Sony tries to woo customers from Samsung, the world’s largest mobile-phone maker, and Apple. “It’s going to be hard for Sony to catch up,” said Hideki Yasuda, an analyst at Ace Securities in Tokyo. “Still, the market is expected to continue growing, and that will probably enable Sony to boost sales.”

The Tokyo-based Walkman inventor, which is targeting a 20 billion yen ($226 million) profit this fiscal year, lost 31 percent of its market value in 2012 amid continued losses at its TV making unit, a strong yen, a slow global economy and competition from Samsung and Apple. The stock has gained 3.7 percent this year.

Sony is cutting 10,000 jobs and trying to turn around its unprofitable TV-making business after posting a record 457 billion yen net loss in the year ended March 31. The company bought out its mobile-phone venture with Sweden’s Ericsson AB for 1.05 billion euros ($1.4 billion) in February and is eliminating about 15 percent of the unit’s workforce and moving its headquarters to Tokyo from Sweden.

“We basically are out of the feature-phone business and in the Android-based smartphone business,” Hirai said, referring to the Google operating system. “We are more in toward the high end of the market as opposed to trying to get into the commoditized portion.”

The operating loss at Sony’s mobile-phone unit may total 37.7 billion yen this fiscal year and 17.2 billion yen the next, according to the average of three analyst estimates compiled by Bloomberg News in December.

Market share for mobile phones is “volatile,” and Sony has made inroads in some areas, Hirai said.

“There are markets where we are actually number two in market share,” Hirai said without elaborating.

The company is strengthening product development for smartphones and could earn high margins from the business segment, said Keita Wakabayashi, an analyst at Mito Securities in Tokyo. “Sony just needs to show results,” he said.

The electronics maker, which has failed to come up with hit products to challenge Samsung and Apple, plans to draw on its skills in video games, cameras and audio players in developing smartphones and tablet computers, Kunimasa Suzuki, head of mobile products, said in September.

“We need to have products that wow people, move people emotionally,” Hirai said.

Hirai said it’s too early to assess the impact of the recent weakening of the yen against the U.S. dollar and euro. A stronger euro helps Sony’s business while yen-dollar fluctuations are neutral to the company, he said.

The CEO said in April he plans to revive Sony’s electronics businesses by concentrating on the “core businesses” of mobile devices, games and digital imaging.

The company remains open to new alliances, Hirai said. In September, it agreed to invest 50 billion yen for an 11.46 percent stake in Olympus, the world’s biggest maker of endoscopes. The companies plan to start a joint venture later this year to develop, make and sell new endoscopes and other medical devices.

Meanwhile, Sony’s U.S. unit said it agreed to sell its 37-story New York headquarters to investors led by the Chetrit Group for $1.1 billion.

Sony said it expects the sale of 550 Madison Avenue to generate net cash proceeds of about $770 million after repaying debt. Bloomberg