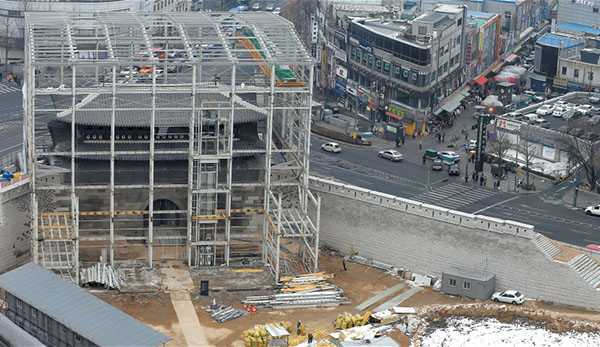 Sungnyemun, also known as Namdaemun, is in the final phase of its restoration and could be seen yesterday in central Seoul after the structure covering it was dismantled. The restoration of the country’s No. 1 National Treasure, which was burned down by an arsonist in February 2008, was scheduled to be completed Feb. 10, but was delayed due to the snow and cold this winter. [YONHAP]