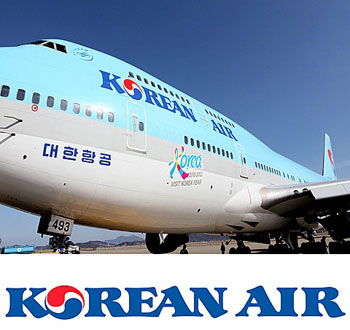 Korean Air, the country’s largest carrier, filed a constitutional complaint last year after facing a legal obstacle to building a hotel near Gyeongbok Palace in the heart of Seoul, the court confirmed yesterday.

In 2008, the airline purchased 36,642 square meters (nine acres) of land in Songhyeon-dong, Jongno District, central Seoul, for 290 billion won ($274 million). The plan was to build a cultural complex that included a luxury hotel. The plan was challenged by the Seoul Metropolitan Office of Education.

According to the country’s School Health Act, it is illegal to construct a lodging facility in a school zone, defined as an area within 200 meters (655 feet) of a school. There are three schools near Korean Air’s planned hotel: Pungmoon Girls’ High School and Duksung Girls’ Middle School and High School.

In March 2010, the airline requested an exemption, but the Seoul Jungbu District Office of Education rejected it. The following month, Korean Air sued the education authority.

But the carrier lost the case in separate rulings by the Seoul Administrative Court and the Seoul High Court. The Supreme Court also ruled against the airline last June.

Korean Air filed a constitutional complaint against the School Health Act last August. In the petition, the carrier argued that “restricting the construction and operation of Korean Air’s high-end tourist lodging facility without distinguishing among hotels, inns or motels is in violation of rights to equality and freedom to occupy.”

“The hotel we’re trying to build on the site was planned mainly as a guesthouse for VIPs from abroad such as heads of state,” said an official from Korean Air, adding that the development would become a Seoul landmark. “It’s frustrating to see related law treat our planned hotel as being on the same level as a so-called ‘love hotel.’?”

There’s still another chance left for Korean Air, though.

Apart from its Constitutional Court appeal, it is waiting for a response from the National Assembly. The Ministry of Culture, Sports and Tourism has submitted a revision to the country’s Tourism Promotion Act to the National Assembly, and it is pending. The revision calls for permission to build tourist hotels within a school zone if the facility does not have a bar with hostesses or a casino.