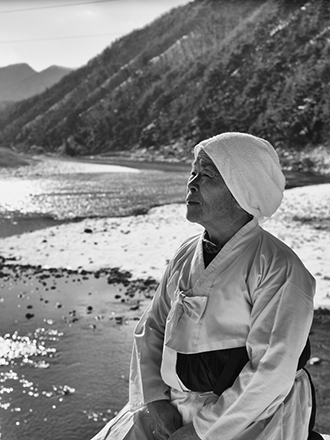 Kim Seon-nyeo sings “Pyeongchang Arirang” in a photo by Kim Young-il. The song has been passed down through generations.

Kim Young-il, a photographer well known for his portraits of the rich and powerful in Korea, has expanded his repertoire.

At an exhibition titled “Precious People” that runs until March 19 at Atelier Hermes in Sinsa-dong, southern Seoul, Kim is showcasing his other passion, this one for gugak, or Korean traditional music.

The exhibition greets visitors with the graceful figure of pansori, or narrative singing, master Park Song-hee and continues to the peaceful smiles of singer Chae Su-jeong and a young performer playing the geomungo, a traditional string instrument.

Toward the end, it branches out to other elements of traditional culture with a video clip showing stores selling hanbok (traditional Korean attire) in Gwangjang Market, central Seoul. There, an old woman works on dongjeong, a removable collar, and a man showcases his craft, chilbo, or Korean enamel. 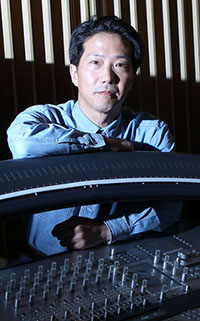 Kim poses in his production studio, where he creates gugak (traditional music) albums.


The scenes in the film represent what Kim sees as a fading, traditional side of society. A worker drags a heavy load through narrow alleys in the market, an iron slides on a hanbok and callused hands work at a sewing machine.

“I consider them to be the ‘Hermes of Korea,’ while many people do not treat them well,” the photographer said.

Kim plainly states that he has made a lucrative business in capturing portraits of presidents and heads of conglomerates.

But it’s not the money that motivates him. The 52-year-old set up another pillar in his career as CEO of AkdangEban, a traditional Korean music production company.

The inspiration for the company dates back to 1996, when Kim was taking a photo of Chae Su-jeong and grew impressed by her singing of “Pyeonsichun,” a piece of pansori that goes: “Cut it out! There’s nothing to worry about in this world.”

Since that moment, he began spending more time pursuing pansori. Then, with 300 copies of the recordings, he visited music production companies but was rejected by them all.

So, instead of giving up, he established his own. AkdangEban began operations in 2005. Among the 72 albums it has released, “Jeong Ga Ak Hoe, Pungnyu III - Gagok” was nominated for a Grammy Award in 2011. 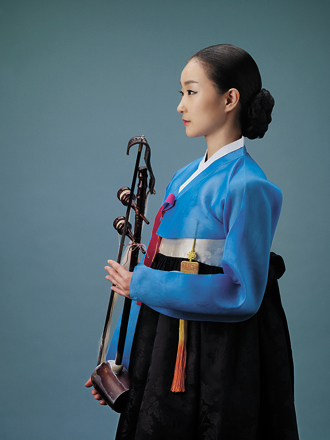 Compared to his photography business, the music isn’t very profitable. The business has worked under a deficit since the beginning, and Kim is well aware that Koreans are losing interest in traditions. He even defines gugak as “the music that most Korean people do not know.” But he is not deterred by what seems to be an increasingly uphill battle.

“Korean traditional music is really much more precious than my own life,” Kim said.

“Precious People” runs until March 19 on the third floor of the Maison Hermes building. The venue is close to exit No. 3 of Apgujeong Station, line 3. Admission is free.