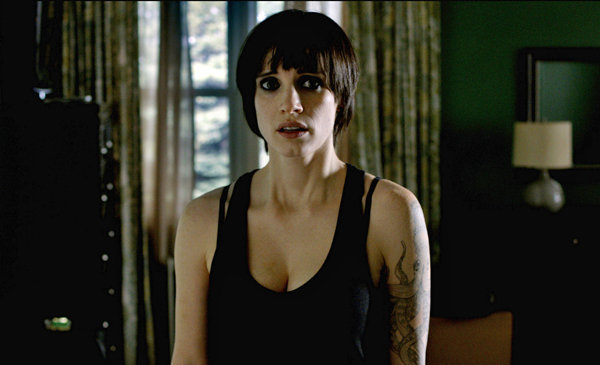 “Mama’’ opened well above expectations, topping $28.1 million for Universal Pictures, according to studio estimates Sunday. Chastain also held the second spot with “Zero Dark Thirty,’’ for which she’s nominated by the Academy Awards for best actress. In its second week of wide release, “Zero Dark Thirty’’ took in $17.6 million.

The films’ strong performances made an unlikely box-office queen out of a chameleon-like actress that even fans of “Mama’’ might have trouble recognizing. Chastain, whose credits range from Terrence Malick’s “The Tree of Life’’ to “The Help’’ (for which she was also Oscar-nominated), even accomplished the rare feat by besting a couple more traditional box-office stars.

Schwarzenegger’s action flick “The Last Stand’’ opened with just $6.3 million for Lionsgate, one of the worst debuts for the brawny 65-year-old star. The film came in 10th. Though Schwarzenegger co-starred in “The Expendables 2,’’ “The Last Stand’’ is his first proper starring vehicle since exiting the California governor’s seat in January 2011.

The Oscar-nominated “Django Unchained,’’ meanwhile, became the director’s biggest box-office hit in its fourth week. The Weinstein Company release surpassed his previous film, “Inglourious Basterds,’’ by adding $8.2 million for a domestic total of $138.4 million. But it did exceptional business internationally, taking in $48.1 million and proving that Tarantino’s Western set in the antebellum South had tremendous appeal worldwide. AP