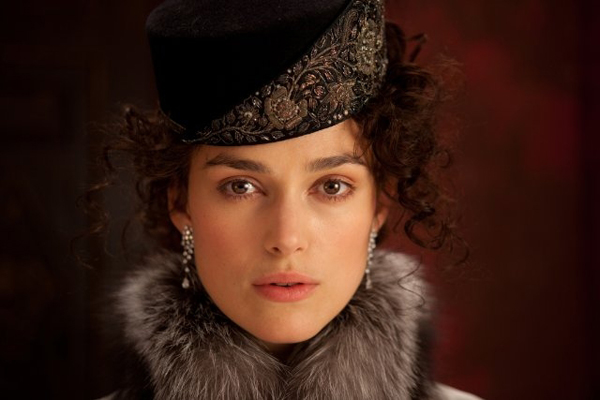 MOSCOW - The latest film version of Leo Tolstoy’s “Anna Karenina” has prompted a storm of passions in Russia where some critics have slammed it as cliched, shallow and insulting to Tolstoy’s monumental work.

British director Joe Wright’s costume drama starring Keira Knightley in the title role opened in Russian cinemas this month, but its reception highlighted how hard it is for foreign versions of Russian classics to win recognition in the country.

“This is like a lavishly illustrated, glossy children’s primer,” wrote the Izvestia daily.

“?‘Anna Karenina’ has been crushed by the scenery,” wrote Kommersant business daily, saying that Wright’s stagey concept of setting the film in a theater made it “hard to take it too much to heart.”

“This constant scenery-changing is the only device, a fairground attraction at the heart of the film.”

he new film version faced a tough audience of Tolstoy buffs in Russia, where it was released Jan. 10 and has made $4.7 million, according to Variety Russia magazine.

Here, school children are forced to read Tolstoy’s “War and Peace” in its entirety, and even those who skip “Anna Karenina” are familiar with a 1967 Soviet film version starring eyelash-fluttering Tatyana Samoilova.

Nitpicking critics and viewers slammed howlers in the new film such as aristocrat Levin living in what appears to be a peasant’s wooden hut - topped with onion domes.

Wright’s Bafta-nominated film was scripted by Tom Stoppard, who is a regular visitor to Russia and wrote his “The Coast of Utopia” trilogy about Russian thinkers.