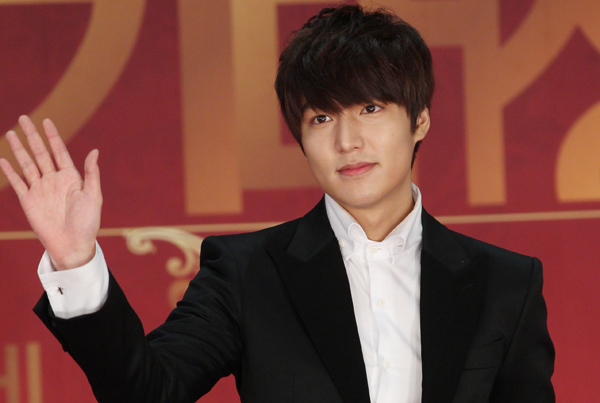 
Hallyu actor Lee Min-ho was given the top popularity prize at this year’s 12th China Fashion Awards in Suzhou, Jiangsu Province, on Friday.

Lee’s agency Starhaus Entertainment said yesterday that the award given to Lee is usually given to the most-liked Asian star and added that Lee was the only non-Chinese national to be honored in the eastern Chinese city. At the show, Lee basked in the spotlight along with big names like Cecilia Cheung and Rosamund Kwan among others.

The China Fashion Awards is hosted by Shanghai Media Group and takes place every year. The best and brightest in music, movies, sports, fashion and performing arts are recognized at the ceremony.

In Japan too, Lee is a superstar. Two months ago, Lee was awarded in Japan for his work “Personal Taste (2010).”

The show was ranked first within the foreign drama category in 2012 Gayo Award ranking.