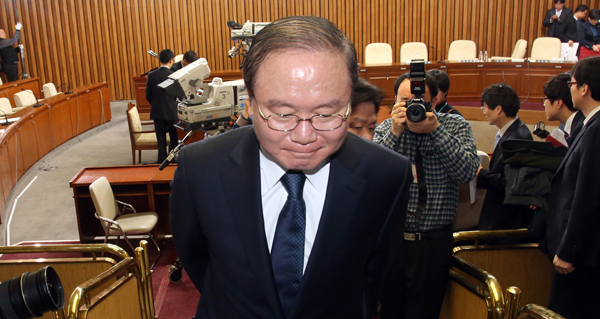 Lee Dong-heub, President Lee Myung-bak’s nominee for Constitutional Court chief justice, exits the first session of his two-day confirmation hearings at the National Assembly yesterday. The opposition parties vowed to “kill” Lee’s nomination by questioning his political and ideological neutrality and his personal integrity. Lee said yesterday that most of their allegations were groundless and promised to give up his nomination if they were substantiated. The Assembly must approve Lee’s appointment. Lee Kang-kook, who headed the Constitutional Court for the past six years, retired from his post yesterday. [YONHAP]