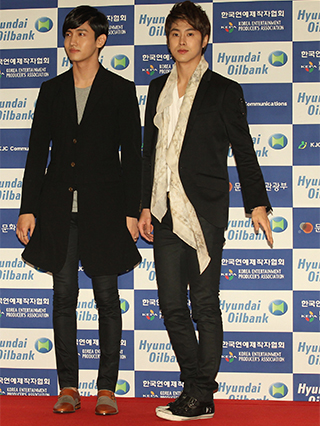 TVXQ has set another record in Japan. The K-pop duo has become the first-ever foreign artist to take the No.1 spot on the Oricon weekly chart for the twelfth time.

The group’s new single “Catch Me (If You Wanna)” rose to the coveted spot on the chart upon release on Jan.16. In just a week, the EP sold more than 137,000 copies, maintaining the top spot.

Since 2006 with its seventh single “Sky” the band also has entered the top 10s some 28 times to date, again becoming the first foreign act to do so that often.

With the bar set high, the band looks towards next month when it will release another album “Time.”
From April, it will also make its way around Japan on a five-dome Arena tour.