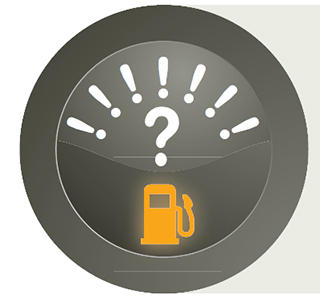 Hybrids and city cars saw the biggest decline in their fuel-efficiency ratings after the government introduced a stricter measuring system this year to more closely align the country with standards in developed countries.

As the tests were made more detailed in a bid to approximate real-world driving conditions - and make local carmakers more competitive overseas - the Ministry of Knowledge Economy estimated last year that most models would have their ratings reduced by 20 percent on average.

According to data supplied by the Korea Energy Management Corporation (Kemco), Toyota’s Camry hybrid was the biggest loser as it was determined to be 30 percent less fuel efficient under the new system, delivering just 16.4 kilometers per liter instead of the previously claimed 23.6 km/l.

Toyota’s Prius, which ranked as the most fuel-efficient car sold in Korea last year, can now only claim to deliver 21 km/l instead of 29.2 km/l, while Hyundai’s Sonata hybrid fell from 21 km/l to 16.8 km/l.

“Hybrids were compelled to use their engines instead of batteries during the tests due to the requirements, which mandated that they drive at high speeds and accelerate quickly, and this affected their fuel ratings,” said a spokesman for Toyota Korea.

Before the new system was implemented, car makers could measure how much petrol or diesel their cars guzzled in laboratories using a computer simulation called CVS-75. This tests them over 17.85 kilometers at an average speed of 34.1 kilometers per hour. However, as the system did not feature emergency stops or sudden bursts of speed, it was criticized as being unfair and too divorced from reality.

As such, the ministry changed the rules as of Jan. 1. Now all cars - old models must be re-tested - have to be put through their paces over an accumulated mileage of at least 3,000 kilometers under five different driving conditions: On the highway; in the city; at high speeds and with sudden bursts of speed; at extremely cold temperatures; and with the air-con system running.

Auto makers also have to prominently display labels that show the new readings for highway and city, as well as a combination of the two.

The government also raised the minimum threshold at which a car can be considered to offer a “first rate” level of fuel efficiency, from 15 km/l to 16 km/l. As such, many city cars no longer classify.

However, not all car makers find the new system distressing.

While the domestic market for imported cars jumped 24.6 percent in 2012, the French auto brand suffered minus growth of 8.7 percent. It now hopes its 208, released in November, will improve its image and lead sales.

Its sister brand Citroen also saw its DS3 models rank third and eighth among the most fuel-efficient cars in the nation.

“The reduced weight and high-tech e-HDi engine of the 208 allowed to have better fuel efficiency than a hybrid,” Hanbul Motors, an official importer of Peugeot and Citroen models, said in a release. “It proved that our models are economical and practical.”

Among the 10 most fuel-efficient cars in Korea, only three were made by local players: Two Hyundai Accent 1.6-liter diesels and Kia’s Pride, a 1.4-liter diesel. But all three were equipped with manual transmissions, raising questions about just how cutting edge local carmakers’ technology is.

“It’s true that right now, local carmakers don’t have the same kind of diesel-engine technology as German brands,” said Kim Pil-soo, a professor of automotive studies at Daelim University College. “The new system will encourage Korean car manufacturers to invest more in R&D to enhance the fuel economy of their vehicles.”

The fierce competition has also sparked a debate about automakers’ transmissions.

Hyundai last week responded to criticism that its Sonata, a popular midsize sedan, offers inferior fuel economy to Nissan’s Altima, Honda’s Accord and Renault Samsung Motors’ SM5, all of which are equipped with continuously variable transmission (CVT). The Sonata has a six-speed automatic transmission.

According to Hyundai, the nation’s largest automaker, there is a tradeoff when using CVT, which it claims is not responsive enough in terms of acceleration.

“German automakers have good powertrain technology but they tend to steer clear of CVTs due to their lack of responsiveness,” Hyundai said in a release. “They aren’t the best option for people who appreciate accelerating quickly or sport-tuned driving.”