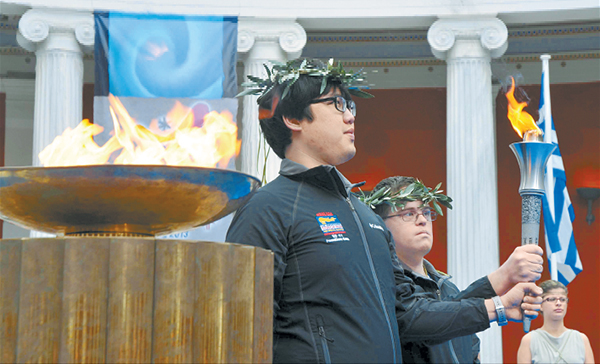 The Special Olympics World Winter Games will take place from Tuesday to Feb. 5 at Pyeongchang and Gangneung in Gangwon. The event is meant to expand sports activities for mentally disabled people while fighting prejudice and increasing awareness of the challenges faced by those with disabilities.

According to guidelines of the International Olympic Committee, the word “Olympics” is used for the Games and the scale of the event is much larger than that of the Winter Paralympics. The Special Olympics is an international event similar in scale to the Winter Olympics.

Korea has decided to host the Special Olympics to raise the country’s status as an advanced welfare state by recognizing the universal goal of creating a society in which those with and without disabilities can live together.

Korea hosted the Paralympics in 1998 and the Far East and South Pacific Games for the Disabled in 2002. After this year, it will have hosted all three of the major international sporting events for those with disabilities.

Participants in the Special Olympics include those with autism, cerebral palsy, Down syndrome, fetal alcohol syndrome, fragile X syndrome, upper body obesity syndrome and those with intellectual disabilities.

Those who wish to participate must have an eligible diagnosis from a medical specialist and have trained for more than eight weeks. The Games are carried out according to sex (male, female), age (8-11, 12-15, 16-21, 22-29 and over 30) and record.

The government has allocated 43 billion won ($40.5 million) to support the Special Olympics.

The event is expected to bring national brand improvement, a rise in national welfare and more positive public opinion by attracting more foreign tourists and jump-starting the local economy.