Honeytrap con artist turns herself in to police

Honeytrap con artist turns herself in to police 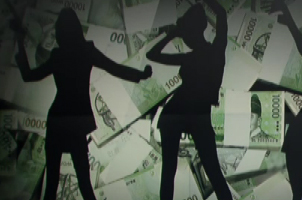 A female con artist who extorted more than a billion won from rich men overseas turned herself in after she grew tired of being on the run for five years.

The police said Bae and her 12 male accomplices extorted a total of 1.55 billion won ($1.5 million) from three rich men, including a 61-year-old man surnamed Lee, with multiple crooked schemes they plotted in China from July to November 2007.

According to police, Bae met the 61-year-old real estate agent at a golf club in Korea and enticed him to go to Shandong, China together to play golf and travel in July 2007.

Bae allegedly dropped a pill in Lee’s drink that distracted his attention while gambling.

She was working with private casino operators to fleece the drugged man. Lee lost 1.2 billion won ($1.12 million) from gambling.

Bae also arranged prostitution for Lee. Two or three of her accomplices disguised themselves as Chinese police officers and raided the brothel and then demanded 500 million won to release him.

“They worked very systematically,” a spokesman for the police said.

“While some male suspects planned the scheme, others provided the private gambling place and hunted for rich men.”

The police said that Bae sent her intention to turn herself in to the police through a Korean pastor in China.

The police were waiting for Bae when she arrived at Incheon Airport.