Bark suffers setback in bid to become chief of WTO

Bark suffers setback in bid to become chief of WTO 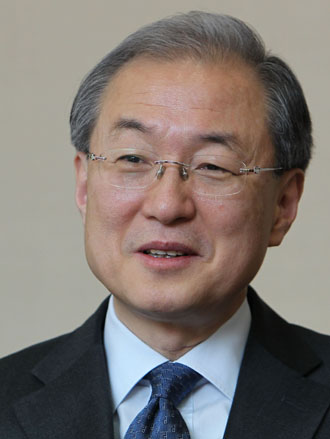 Concern is growing that Trade Minister Bark Tae-ho’s bid to snag the job of director general of the World Trade Organization (WTO) may suffer due to the controversial separation of the Ministry of Foreign Affairs and Trade into two bodies.

Bark officially threw his hat in the ring in December, apparently with no inkling that the transition team of President-elect Park Geun-hye would restructure the Trade Ministry as a separate entity.

He was planning to contend for the coveted post as Korea’s trade minister, in a race that would see him pitted against nine foreign counterparts, but under the plan unveiled last week his duties will be changed and he will be stripped of his title.

With the ministry set to be merged with what now stands as the Ministry of Knowledge Economy to form a larger government body overseeing industry, trade and resource development, Bark will now vie for the WTO job under a less glamorous title.

“He will launch his campaign next month as ‘Korea’s former trade minister,’?” Lee Si-hyung, a senior official at the Trade Ministry, said yesterday. “The poor economic situation at home, coupled with the ongoing change of power, won’t help his campaign.”

Bark will automatically lose his current title when the new government is inaugurated on Feb. 25. It is not yet clear what his new job or title will be.

“He still has a reasonably good chance of winning the election as the WTO post he wants is one that is quite independent of political pressure,” said a source at the ministry, who requested anonymity.

Bark is now preparing his policies and vision ahead of a presentation to sell himself as the new chief of global trade on Wednesday in Geneva. He will officially launch his three-month campaign in February. The winner will be named in May.

Bark, a former professor at Seoul National University and adviser to the country’s trade policies, was appointed trade minister early last year by incumbent President Lee Myung-bak. The 60-year-old technocrat helped forge the Korea-U.S. free trade agreement, which was finally implemented on March 15 after six years of wrangling and opposition from liberal politicians and the public.

The separation of the two ministries not only affects Bark, but will also undermine the country’s bargaining power when negotiating major trade agreements with other countries, critics say.

“Foreign affairs ministries are usually in charge of trade negotiations as, when it comes to these, neutrality is a key factor,” said Choi Kyung-lim, the country’s chief negotiator for trade. “Concerns have now been stoked that merging the Trade Ministry with the ministry overseeing commerce could make the country look less neutral on trade and more protectionist.”