Li Baodong, center, Chinese permanent representative to the UN, votes during a Security Council meeting at UN headquarters in New York Tuesday. The Security Council condemned the launch on Dec. 12 in North Korea saying Pyongyang “was in violation of resolutions 1718 and 1874.” [Xinhua/YONHAP]

Denouncing new United Nations sanctions triggered by a long-range missile test, North Korea warned there would be “no more dialogue on denuclearization” and vowed to “take physical action” to respond, hinting at a third nuclear test.

The UN’s 15-nation Security Council unanimously passed a 20-point new resolution, No. 2087, on Tuesday that condemned the rocket launch and ordered new sanctions by adding more North Korean entities and people to its blacklist. 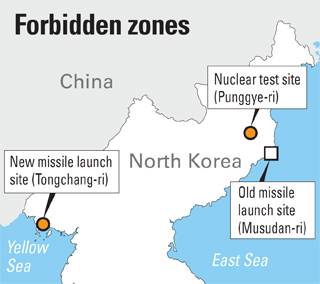 Just hours after the announcement, the North’s Foreign Ministry issued a statement condemning the decision, reported by the official Korean Central News Agency.


“We flatly reject and condemn the UN Security Council’s extremely unfair action that attempts to violate our sovereign rights and destroy our right to develop a peaceful satellite launch program,” the statement said. “We will take measures to expand our self-reliant military forces, including nuclear deterrence, in response to the U.S. pressure.”

Pyongyang claimed the rocket launch was to put a satellite into orbit.

“The increasingly hostile policy of the United States .?.?. led the [possibility of] six-party talks and the [spirit of] the September 9 joint declaration to be extinguished,” the statement read. “From now on, there could be a dialogue for guaranteeing peace and stability on the Korean Peninsula, but there would be no dialogue for discussing denuclearization on the Korean Peninsula.” 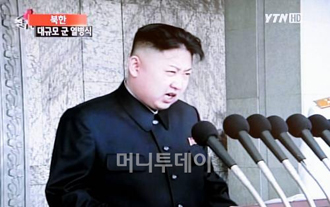 “It [the statement] is very regrettable,” Park Soo-jin, deputy spokeswoman for the ministry, said at a briefing yesterday. “We urge North Korea to halt further threats of provocations and clarify its efforts for denuclearization by showing specific actions.”

Cho Tae-young, spokesman for the Ministry of Foreign Affairs and Trade, said in an official statement that the government “welcomes” the Security Council resolution.

“We feel this resolution expanded and strengthened the measures of the previous resolutions 1718 and 1874,” Cho said. “North Korea should abandon its nuclear weapons programs and halt all of its activities regarding ballistic missiles to abide by the resolutions of the UNSC.”

Tension was running high over the possibility of an imminent nuclear test.

“They appeared to complete all preparations for a nuclear test, possibly at one of two mines at the test site in Punggye-ri, North Hamgyong Province,” a military official told the JoongAng Ilbo yesterday on the condition of anonymity. “It would just take a couple of days before pushing the button.”

The official said the two mines were ravaged by flooding last year but are almost restored now.

The military reportedly witnessed the North preparing the mines for an underground nuclear weapons test.

Glyn Davies, Washington’s special representative for North Korea policy, visited Seoul yesterday in order to meet with South Korea’s chief nuclear envoy Lim Sung-nam. His visit at a sensitive time fueled speculation that Seoul and Washington are pondering their own sanctions against Pyongyang on top of the Security Council’s.

The Korean Committee for Space Technology, the regime’s state space agency in charge of all rocket launches, topped the list of sanctioned bodies.

The entities are all suspected of being involved in North Korea’s weapons trading businesses.

Two of them, Korea Kumryong Trading Corporation and Tosong Technology Trading Corporation, were already listed in April 2009. Bank of East Land is suspected of assisting a North Korean company with money laundering for the weapons business.

The four individuals on the list are: Paek Chang-ho, head of the satellite control center of the state space agency; Jang Myong-jin, head manager of the Sohae satellite launch site, where the Unha-3 rocket blasted off; Ra Kyong-su and Kim Kwang-il, officials at Tanchon Commercial Bank.

The Tanchon Commercial Bank was sanctioned by the Security Council in 2009, suspected of smuggling out North Korean weapons.

It’s the fifth resolution against Pyongyang by the Security Council so far, following sanctions in 2006 and 2009 when the regime carried out its first and second nuclear test. Resolution No. 1874 from 2009 clearly prohibits North Korea from using any kind of ballistic missile technologies.