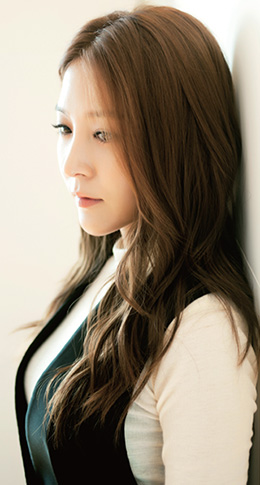 BoA, often called a trailblazer for K-pop overseas, is set to make a splash at home. After 14 years and seven albums, she will make a solo performance in Korea for the first time this weekend. It may seem strange that the performer behind successful albums like “No. 1,” “My Name” and “Hurricane Venus” has yet to have the stage to herself at home, but the 27-year-old has been too busy making a name for Hallyu outside of the country.

First in Japan, she sold a million copies of “Listen to my Heart” and topped the Oricon chart. Then BoA moved into the larger American market, where she released “BoA” in 2009. She will make her Hollywood debut this year in the film “Cobu 3-D.”

And yet, despite her success overseas, the singer has longed to return the love she has received from local fans. To do so, she recently took a job as a judge on the singing-survival show “K-pop Star” and is also promoting “Only One,” her seventh album.

JoongAng Sunday interviewed the star at the offices of SM Entertainment in Cheongdam-dong, southern Seoul. 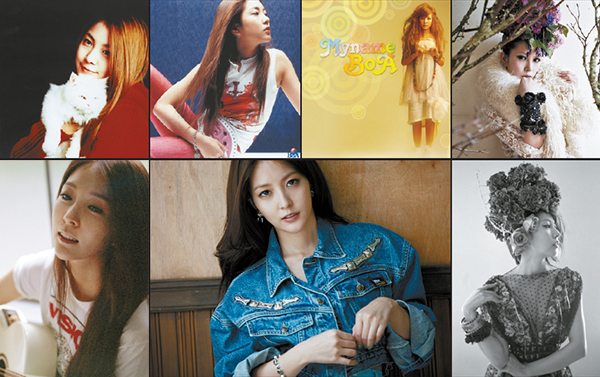 Q.Are you nervous about your first concert “BoA Special Live 2013 - Here I Am” in Korea, and why did it take so long?

A. I’m not nervous, but rather worried. I ask myself, “How am I going to sing all of the songs on stage?” It has been rather distracting, and it took a long time for me to put the songs together into a good performance. Organizing a concert requires more than just a singer and dancers. A director, sound engineers and other staff are all required to create the proper setting. The event became possible only now, since I invited staff from Japan with whom I am familiar. Since I have been gathering up competent workers from around the world, there is ethnic diversity among the staff.

Will there be any guests at the concert, and do you have any secret performances ready for your fans?

I will be singing about 20 songs all by myself. I didn’t realize that I had so many songs to choose from. In the early years, even before I had so many, I often forgot the lyrics and even the dance moves. I had to look back and practice again by watching video clips. Of course, there will be special performances. I am preparing something that my fans will love. Young singing groups do a lot of things nowadays such as parodies, but my concert will be more of a recollection. I expect guests to think, “Oh, I remember this song!”

How did you get involved in “K-pop Star?”

The company made a suggestion. Since the other two judges, Yang Hyun-suk and Park Jin-young, are male, the director wanted a female judge from SM Entertainment. I felt uncomfortable in the beginning. I didn’t want to criticize someone while also working as a singer. It was an easy way to get comments like, “Why are you judging other performers when even your own performances aren’t that great?” Then, I thought that the participants might be auditioning with a mind-set similar to the one I used to have 15 years ago. That is why I eventually said yes.

How do you speak so calmly and eloquently on the show? What do you think about people saying you look more warm-hearted on the show than in the past?

Well, I just say what I think. If what I heard was good, I simply say that it was good. Other judges have developed trademark phrases like Park’s “half air and half sound,” which refers to the optimal singing voice. But I just watch the other two judges as if I were a viewer. Whenever I say something, the studio suddenly becomes calm, but trying to make the viewers laugh on purpose is not necessary, I think. There’s no script written for the judges. The directors don’t even let us know which contestants will go to the next round. I give more positive comments if the other judges already pointed out flaws. That’s probably why I look more warm-hearted.

Do you think you can give more sincere advice to the participants because you also auditioned to be a singer?

The contestants need to survive over 20 episodes. I personally consider the competition to be cruel for both myself and the participants. As I train them, I give comments and help, and we become more attached to each other. Whenever they fail to go to the next round, my heart breaks. It feels awkward to force them to experience this kind of disappointment, and my feelings naturally show through the judging process.

What would you say to the young teenage contestants?

I support their braveness. Times have changed. People ask me if I feel as if I have sacrificed a lot since I became a singer at a young age. Well, it depends. There are many people who don’t know where to go even after graduating from college. If you can find your own dream and talent when young, that’s always a good thing. It is important to support young people who are gifted enough to become singers. That is probably why my views on young performers have changed from having very high standards to realizing that they are still developing and need support.

Between talent and effort, which one is more important for a singer?

To be honest, there are more opportunities for people with talent. In the entertainment industry, you can’t survive just by working hard. The ability to perform is not the same as getting high grades on an exam. I can encourage gifted ones to work harder, but I can’t give talent to the hard workers. Talent is something that you can’t hide. You immediately notice the gifted ones when you hear them singing.

What made Lee Soo-man, the CEO of SM Entertainment, realize your potential during your audition for the agency? Do you think being a singer is difficult if you don’t audition for an agency?

I was also curious, so I asked Lee why he chose me. He just said that he liked the way I smiled. He didn’t care about my dance moves. All he cared was my singing, I think. Well, I actually don’t know the exact reason. Being a singer without auditioning might be difficult nowadays, since it is the most visible process that leaves an instant impression. But I heard that there is still street casting at SM.

Why did you think of becoming a singer so early, and why did you go overseas all of a sudden?

I don’t know. Maybe I’m weird, but going to school like others wasn’t important to me. My parents also supported my career. I went abroad at an early age because I was not afraid of anything. I didn’t draw that much attention in Korea with my first album, and I thought I could easily move to Japan and start over. Living abroad and being able to speak foreign languages made me feel alive. Believing that I had many opportunities as a young teenager made me brave in decision-making.

Did you choose the concepts for your earlier albums, and how did you stay so disciplined at such a young age?

Yes, I decided to go with the powerful female warrior image. The company already makes too many decisions for you, and an artist also needs to develop her own thoughts and ability to speak out. Singers must know what they can do well and what they want to do on the stage. In the music industry, there’s no time for hesitation, and discipline is a must. People have high expectations for me, but in the end, I’m just a human being. So, there have been ups and downs. Being positive is difficult, but it’s a habit you can develop. I don’t have a tip on staying focused exactly, but I always believed I needed strong determination and clear ideas about myself and my music to put my thoughts into practice.

You didn’t do so well in the United States. Did this disappoint you?

Success wasn’t important for me. I learned a lot there, especially in terms of dancing. By meeting great producers and choreographers, I expanded my musical inspiration. That’s how I joined a Hollywood movie, as well. If I were an immediate success, I couldn’t have learned much. I’m going to keep challenging myself. I sometimes whine about difficult dance moves, but the choreographers say, “You are BoA. You can nail this.” And I will, indeed.