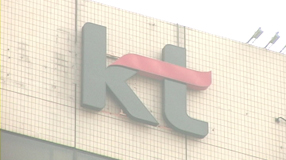 Handset manufacturers are to blame for high cell-phone prices and the complicated subsidy system that prevails on the local market, Pyo Hyun-myoung, president of KT’s telecom and convergence division at KT, said yesterday.

“Regulating [telecommunication companies] so that they cannot give high subsidies of 270,000 won [$250] is not an option,” he said at a press conference. “The market will improve when manufacturers stop offering subsidies and lower the factory prices of their phones.”

He cited the case of Apple, which doesn’t provide any subsidies for its iPhones. In other countries such as the U.S., no subsidies are offered on handsets unless consumers sign up for a contract of one or two years with a mobile network carrier.

Apple, instead of giving subsidies to consumers who buy older iPhones after a new release, lowers the factory prices of its outdated phones.

However, local handset makers including Samsung Electronics and LG Electronics have different sales conditions in Korea from overseas as they only provide subsidies to local consumers.

“I’m also worried that the issue of subsidies will become a problem in international trade, as local and overseas prices of phones by local manufacturers differ,” said Pyo.

His comments come around a month after KT was ordered to stop seeking or accepting new customers for 20 days after it was found to be providing hefty subsidies to local consumers.

SK Telecom, the nation’s largest carrier, and No. 3 LG U+ also received the same penalty as the Korea Communications Commission, the local regulator, has forbidden network service providers from offering subsidies in excess of 270,000 won since 2010.

KT cannot take on any new subscribers from Feb. 22 to March 13, while SKT will be banned from doing so starting next Thursday until Feb. 21. LG U+ is not able to sign up new customers until Wednesday.