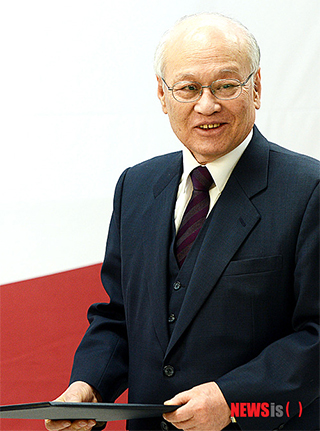 Park announced on Thursday that the surprise nomination in a press conference at the transition committee.

Kim, 74, served as head of the Constitutional Court in 1994. He served as a co-chairperson of Park's campaign team for the Dec. 19 election and was named to lead the transition team last month.