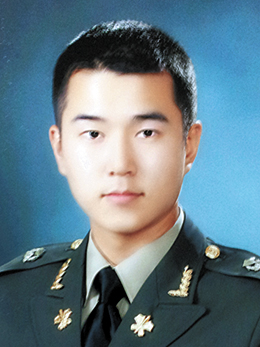 A professional army officer stationed at a front-line unit in Gangwon has been missing for nearly a month, and the military is grappling to find out how and why he vanished.

The 25-year-old second lieutenant, identified by the surname Park, went missing on Dec. 29 after he was seen standing in front of a PX at around 11:20 a.m.


Park, who was commissioned last July with a Bachelor’s degree in military science from Chosun University in Gwangju, was serving as a platoon leader in charge of search operations in the border town of Cheorwon in Gangwon. He was assigned to the unit in November.

On the day of the disappearance, Park was supposed to lead his platoon on a search mission scheduled to begin at 2:00 p.m., according to the Ministry of National Defense.

After having lunch with soldiers under his command, Park checked his body temperature as required by military rules before being dispatched for surveillance mission, at around 11:00 a.m.

The unit realized he was missing around 12:30 p.m.

The Defense Ministry reported there were no witnesses to Park’s disappearance and the military has no idea what route Park might have taken if he deserted. The military has conducted searches of nearby villages with over 100 military men to find traces of Park.

No transactions were made on Park’s credit cards since his disappearance, the military said.

Park made a phone call to his father for about a minute at around 9:54 a.m. on the day he vanished, during which the son and father had a “usual conversation,” according to the father.

He also called one of his colleagues in the same battalion at 11:14 a.m. and conversed about nothing special.

The military has found no evidence of Park climbing over a fence to defect to North Korea, sparking speculations that he deserted for personal reasons.

Park’s father doubts that. “My son never complained about his life in the military and nothing was out of the ordinary during my phone call with him,” said the father in an interview with the JoongAng Ilbo yesterday. The 54-year-old also provided pictures of his missing son, although he does not want his full name disclosed.

“It does not make sense to make a claim that my son deserted to the North,” said the father. “Whether he went AWOL or had an accident, the most important thing for the family is to know he’s alive. I decided to make public my son’s photos in the hope of getting some eyewitness reports.”

It was the father’s report to the press following weeks of searching in vain that the vanishing became known to the public.

Military officials are not ruling out the possibility Park might have had some kind of an accident on Dec. 29.

The 54-year-old father is expressing some doubts about the military. “Only a week after my son’s disappearance, his immediate supervisor was placed on a waiting list for his next assignment [which is unusual].”

The military said it decided replace the commander of the company earlier than originally scheduled to stabilize the unit.