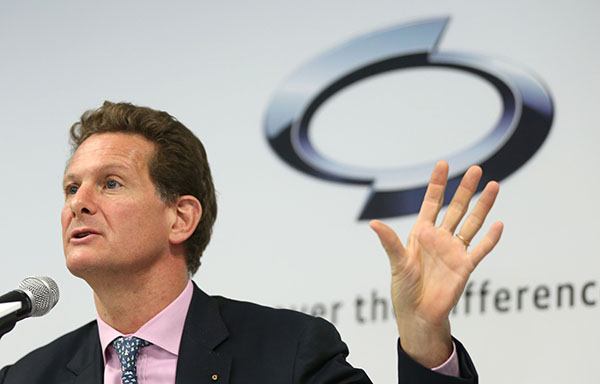 In a press conference held at RSM’s new headquarters in Gasan-dong, western Seoul, Normand, who is visiting Korea for the fourth time, said his mission is to increase sales in this region and RSM will be a key player to achieve the goal.

“If you look at the geography, 75 percent of the auto market in the world is within the reach of RSM,” said Normand, who is also a senior vice president at Renault. “We want RSM to become a stronger production base.” 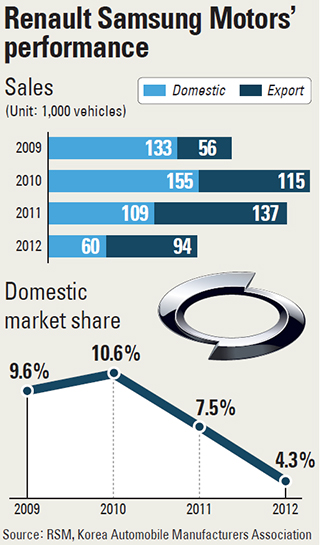 Normand said Renault is suffering minus growth in Europe, but sales outside of the continent have been increasing and now account for more than 50 percent of the French automaker’s revenue.

But since the Asia region only takes up about 10 percent of Renault’s turnover, he wanted to double the market share in the next three years with the aid of RSM’s resources, including “high-quality” R&D employees. Normand said Renault is working to expand to markets like China, Indonesia and India.

“[RSM’s] Busan plant should be the top three or top four among the Renault-Nissan plants in the next three years,” he said. “My request to this unit is to go the extra mile, and speed up the improvement.”

Renault-Nissan Alliance Chairman Carlos Ghosn last year visited Korea to announce that the next generation of the Nissan Rogue will be produced at RSM’s Busan plant from 2014, with an annual capacity of 80,000 units.

Normand said the Rogue project is not just aimed at increasing the production volume of RSM, but also giving extra benefits to the automaker to utilize the Rogue platform to produce the next generation of its QM5, a compact SUV. The former corporate vice present for Africa, Middle-East and India at Nissan said it will be important for RSM to have more projects like the Nissan Rogue in the future.

The QM5, sold as the Renault Koleos overseas, accounts for more than half of RSM’s total exports. As it becomes a huge success in China, Renault is on its way to produce the QM5 also from the world’s largest auto market.

Some experts claim that if China starts to roll out the Renault SUV, RSM’s production would be dented, but Normand said that is not a concern. He said the Chinese-made Koleos will only be sold in China.

“When the China plant is completed, RSM will provide parts and engines, and will take on a new role,” he said. “However, since the Koleos is exported to over 50 countries, there will not be a big impact on RSM’s production plan.”

Normand said that since RSM’s role will be critical in the coming years it is also important that the automaker does well at home. He said that in order to achieve RSM’s strategic goal of capturing 10 percent of the domestic market, the group is trying to mix up its line-up.

RSM already announced that its new Crossover Utility Vehicle, which is based on the concept car Captur, will be imported next year to boost its line-up. The company said it will decide whether the new model should be produced at its Busan plant after watching its sales in Korea.

“We can produce cars that are only going to be sold overseas, but at the same time, can also be imported,” he said. “The ultimate goal is to increase market share.”

RSM’s market share hit double digits in 2010, but since then, the Korean unit of the French automaker has been on a slippery slope.

Last year, the nation’s fourth-largest automaker only sold 59,926 units, an on-year decrease of 45.1 percent. Its exports figures also plunged 31.4 percent to stay at 94,833 units in 2012. Its market share last year was below five percent.

Francois Provost, the CEO of RSM, said that the company is following its revival plan step by step. For this year, the 44-year-old Frenchman said its domestic sales goal is to sell 65,000 units, up 8.47 percent.

RSM shed around 800 employees through a voluntary retirement program during the summer, and it has been trying to increase the localization of its auto parts recently. With this effort, RSM’s operating loss was cut from 240 billion won to 85 billion won last year.”