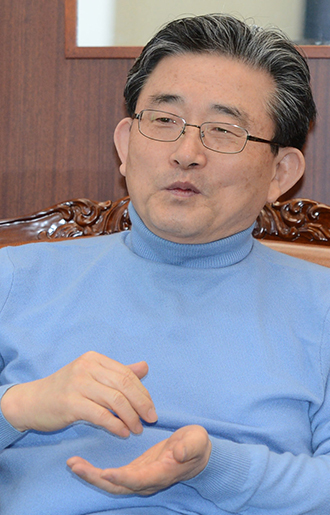 President-elect Park Geun-hye plans to send a high-level delegation to the United States for policy consultations on North Korea, the alliance between the two countries and other pending issues, officials said yesterday.

Rep. Lee Hahn-koo, floor leader of the ruling Saenuri Party, will head the policy consultation delegation that includes three members of the transition team and government officials, said Park Sun-kyoo, a spokesman for the president-elect.

The United States has welcomed the visit and the two sides are discussing details such as timing and itinerary, he said, declining to give specifics, including whether the delegation plans to meet with President Barack Obama.

“As both countries are ushering in new governments, (the two sides) are expected to discuss policy directions of the new governments, ways to strengthen relations and other issues,” the spokesman said.

Yesterday, the North also warned of “strong physical countermeasures” against South Korea if Seoul takes part in the U.N. sanctions, saying that sanctions mean “a declaration of war against us.”

Floor leader Lee was chosen to lead the delegation as he knows Park’s foreign policy philosophy, and Lee and Hong of the transition team also were involved in formulating Park’s campaign promises, the spokesman said.

The spokesman declined to talk about specific topics of discussion, but they are expected to include a possible summit between Park and Obama in the first half of this year.

Rep. Lee told reporters that he plans to discuss a broad range of issues.

Earlier this week, former lawmaker and close aide Kim Moo-sung visited Beijing as a special envoy of the president-elect and met with China’s next leader, Xi Jinping, Foreign Minister Yang Jiechi and other top officials. Yonhap