Tapping of Iran’s money in Seoul is investigated

Tapping of Iran’s money in Seoul is investigated

The Seoul Central District Prosecutors’ Office Thursday indicted a 73-year-old Korean-American surnamed Chung with detention on charges of receiving more than 1 trillion won ($931 million) from a Central Bank of Iran (CBI) account set up at a local bank by forging documents and transferring the money to other countries.

According to the foreign criminal affairs department of the Seoul Central District Prosecutors’ Office yesterday, which has been investigating the case since last year, Chung, head of a Korean trading firm, allegedly received 1.09 trillion won from a CBI account by making up trade documents and transferring the money to accounts in nine different countries.

Prosecutors said they also investigated the Korea Strategic Trade Institute, the Bank of Korea and the Industrial Bank of Korea, which cooperated in the man’s business dealings, but found they weren’t involved in the crime. 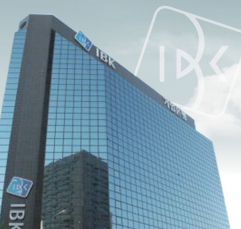 “We have found officials in Iran and Dubai conspiring the fraud with Chung, but that goes beyond our investigative rights,” said a prosecution official.

According to the prosecutors’ office, Chung, who has U.S. citizenship, forged documents since February 2011 showing himself to be a mediator importing marble from countries such as Italy and selling it to an Iranian company. The total amount of money he received from a CBI account in the Industrial Bank of Korea was 1.09 trillion won. Prosecutors found that the total volume of marble exports from Korea to Iran was only 400 million won in 2011.

The won-based CBI trade settlement account was opened in 2010 to continue trade from Tehran to Seoul after the United States imposed sanctions on Iran over its nuclear program.The account enabled Korean companies, mainly small and midsized ones, to pay for oil imports.

Prosecutors also said that there is suspicion that Chung worked with Iran in the scheme.

“It looks like the crime was made to take out payments for oil,” the official said.