Musicals entice with a touch of mystery

Musicals entice with a touch of mystery 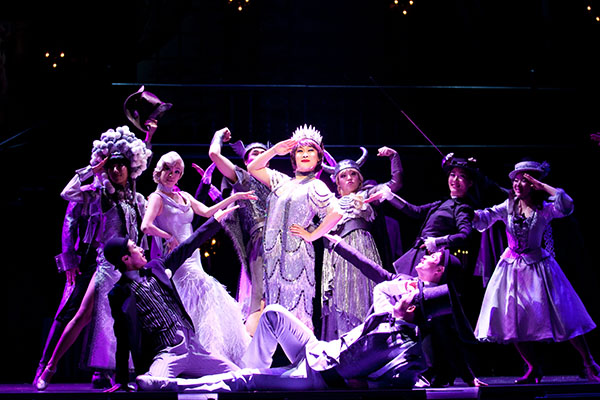 The scene “I am an American Woman” from the Korean production of Dutch musical “Rebecca” in which most of the action takes place in a dimly lit mansion called Manderely. Provided by EMK Production

Directors say they seldom work on musicals in the ‘mystery’ genre. Most Korean theatergoers enjoy shows with some catchy songs, dance moves and romance. But directors of the two musicals “Rebecca,” which kicked off its nearly three-month run on Jan. 12, and “Arsene Lupin,” which will start next month, say their shows have mystery and detective themes to “make the audience get involved” and “try not to miss a scene.”

“What I’ve realized while watching audiences as they watch musicals is that they are trying to work out what’s going on as they get this thriller mystery story of ‘Rebecca’ little by little,” said Robert Johanson, director of “Rebecca,” during a press conference at the LG Arts Center on Jan. 17.

“That’s what really sets ‘Rebecca’ apart from other musicals. It’s a dark story. It’s suspenseful yet it has romance in it. But the romance is very troubled, so it’s very intriguing for the audience.”

“Rebecca” is a German-language musical based on a novel of the same name. The musical was written by Michael Kunze and Sylvester Levay, who also wrote musicals including “Elisabeth,” “Mozart!” and “Marie Antoinette.”

Most scenes of the musical are set in a dismal and dreary mansion, lit up in purple and gray.

As Mrs. Danvers resents the new wife’s intrusion, she tells the new wife that she’s an unworthy replacement for Maxim de Winter’s first wife Rebecca, who perished in a drowning accident.

The story unfolds as “I” struggles to find her identity and take control of her life among the shadows left by Rebecca. 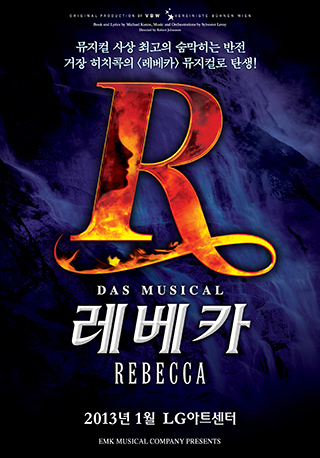 According to Johanson, the musical adheres closely to the original novel. He said it has “such a great plot” that it was his favorite novel growing up. It was also a favorite of Levay’s wife, who came to watch the show in Seoul early this month.

According to EMK, the organizer, it was Levay’s wife who had “persuaded her husband to make her favorite novel into a musical.”

“I was talking to Levay’s wife, and we had a long talk about how that novel has stuck with us all our lives,” Johanson said.

According to Johanson, the two authors of the musical, Kunze and Levay, who came to watch the show in Seoul, highly praised the Korean production of “Rebecca.”

“Because we had such a great novel to work with, the actors who read the novel really could dig in deeply into the characters. Sometimes, musical characters are more superficial, but the characters in ‘Rebecca’ have a lot of depth,” said Johanson.

“I think that’s what the authors found so satisfying watching the performance in Seoul. They told us that we as a company were able to really realize all the nuances of their intention.”

“Mrs. Danvers in ‘Rebecca’ is so charismatic that she overwhelms the stage with her darkness,” said Oak, a girl group member turned musical actress.

“The novel helped me a lot in portraying the character on the stage. While I was reading the book, I imagined Mrs. Danvers’ way of speaking, her tone of voice and even her gait and more, and made the effort to bring that imagination onto the stage.” 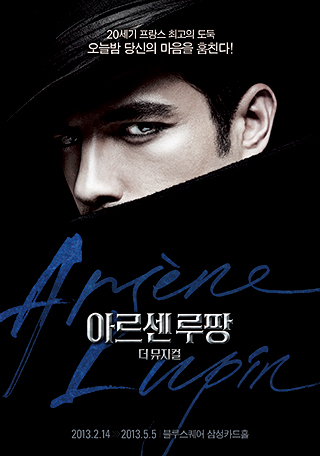 As for “Arsene Lupin,” some may believe it is a licensed musical, but it is actually a creative piece created in Korea. The famous work of detective fiction, “Arsene Lupin,” penned by French writer Maurice Leblanc, has been adapted into films, plays and comic books, but never a musical.

However, in an effort to “globalize Korean-produced musicals,” PMC Production, which has been diligent in producing creative musicals, decided to take the motif of the musical from an “international perspective” to appeal to an international audience.

During a press conference on Jan. 9, actors playing leading roles, the director and an author, Song Seung-hwan, the head of PMC Production, expressed confidence that this creative musical would more than satisfy Korean theatergoers’ cravings for a creative musical that has an “excellent completeness.”

“Arsene Lupin” is set in Paris in 1910, and the story begins as the queen of misfortune Marie Antoinette’s jewelry goes missing and the thief leaves behind a blue rose. Lupin is then framed for a murder, and the story develops as the detective closes in.

“I am a fan of mystery novels. I fell in love with the story of Arsene Lupin when I was in middle school and I am very honored to be writing a musical based on the story,” said Oh Eun-hee, who wrote the lyrics.

Oh has also helped write lyrics for musicals including “Singing in the Rain” and “Winter Sonata” in which romance plays an important role.

“The musicals I wrote before are mostly soft and based on love, however ‘Arsene Lupin’ is about justice. I focused on the significance that justice has on our lives today. So I chose a somewhat modernized character to develop this story, and that is Arsene Lupin,” Oh said.

“This character not only appeals to Koreans, but also internationally. After selecting the character, I then added the complex emotions of a human on top of it and expressed it through music.”

Seo Jeong-eun, who wrote the music, also said she mixed “the magnificent sound of classical music and instruments that are used widely in today’s pop music such as electronic instruments” to express Lupin’s exploits and agony.

The musical will kick off at Blue Square Samsung Card Hall on Feb. 16.