[NEW RELEASES] JOA BAND, “If We Were the Seasons”

[NEW RELEASES] JOA BAND, “If We Were the Seasons” 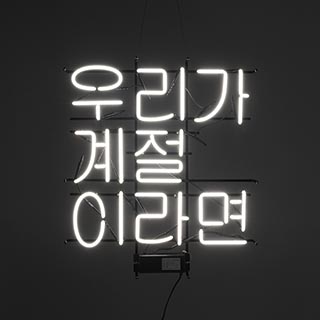 A previously unknown street band is making its move. Joa Band has released its first album “If We Were the Seasons,” and fans might just yell joa (“Good!”) in Korean when they hear the gentle but catchy beat. The band has been gathering fans through unique performances such as a concert in an office. Workers there had a fresh experience as the musicians turned their place of business into a stage for everyone to watch.

Those who listen to the album can enjoy the four members’ singing voices accompanied by a guitar, bass, accordion and percussion all mixed together. The lyrics are also sure to impress.

In the second track, “Kiss,” the band explains how to grab moments that we might just otherwise pass right by.

“While there’s no time to love, why do we become strangers with our faces turning red,” the female vocalist sings.

Unlike younger people who think of love too easily, the band hesitates to define it. “I don’t want to name this unexpected new feeling,” a male vocalist sings. By Yoon Hye-sun, contributing writer

“If We Were the Seasons”