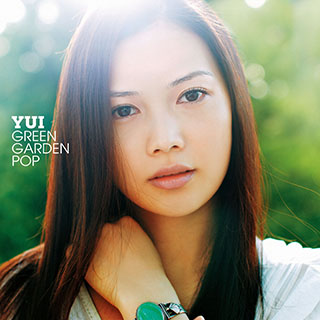 Japanese pop artist Yui, who gets compared to Korea’s singer-songwriter IU, released her first and probably last “best of” album in two CDs: “Orange Garden Pop” and “Green Garden Pop.” The 26-year-old Japanese singer and songwriter announced that she’s going to end her eight years in the business after releasing the two albums with 18 songs each. Maybe it was because the albums include songs that were released nearly a decade ago, but most sounded like typical J-pop tunes - not so different from Utada Hikaru.

However, the most popular song from her two recently released albums would probably be “Feel My Soul” from “Orange Garden Pop,” which was her debut single from 2004. The song caught the ears of a Fuji TV producer, and he produced a drama based on it.

Although I’m not a big J-pop fan, some of the songs were familiar to me, such as “My Generation,” which was a theme song for Japanese drama “Seito Shokun!” I also recognized “Good-Bye Days,” which was a song written for the movie “Midnight Sun” that starred Yui. By Yim Seung-hye