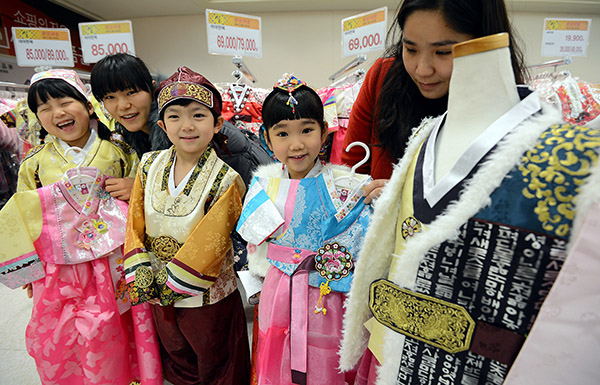 With the Lunar New Year holiday just around the corner, children put on hanbok, Korean traditional clothing, at the Yongsan branch of E-Mart, in central Seoul, yesterday. The discount chain sells hanbok for children at a wide range of prices, from 29,000 won ($27) to 99,000 won. Influenced by popular shows set during the ancient Joseon Dynasty (1392-1910), recently hanbok have been modeled after designs of those worn by the royal family. [NEWSIS]