Two adoptee athletes are back in Korea

Two adoptee athletes are back in Korea 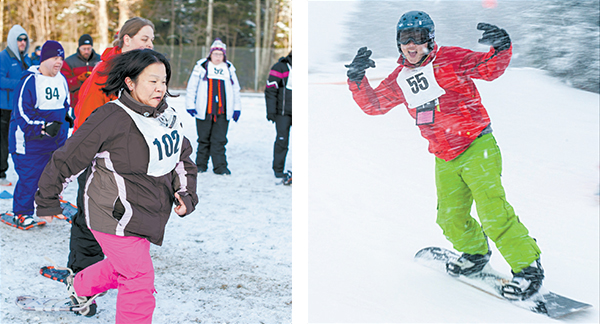 
Tae Hemsath was born in Pyeongchang, Gangwon, with an intellectual disability 37 years ago. Within a few months, she was under the care of Holt International Children’s Services and later adopted by an American family.

Hemsath, a snowshoer, said that she has no memory of her birthplace, where she has returned for the first time. She will represent the United States as an athlete at the Special Olympics World Winter Games, which opens today.

“It kind of feels weird,” Hemsath said in a group interview with Korean media outlets. The interview was arranged by the American Chamber of Commerce in Korea, which held a welcome luncheon for the U.S. delegation to the Pyeongchang event.

Hemsath said that she hopes the Pyeongchang event gives her the opportunity to find her biological parents, a wish shared by Henry Meece, another Korean adoptee in the U.S. delegation.

Meece, 22, grew up in Portland, Oregon, and has looked forward to visiting Korea for years.

“We told him one day it would be the right time,” said his mom, Nancy Newell, according to a statement released by the business organization.

“When he was selected for the World Winter Games in Korea, we were totally blown away. I thought it was a joke, and I wanted to see it in writing,” she said.

Meece, a snowboarder, said that he is excited to be back and wants to enjoy every moment that he has in the country.